Americans celebrated the July Fourth holiday on Tuesday with the reopening of a New Jersey beach closed to everyone but the governor after a government shutdown, a record-setting hot-dog eating contest and fireworks displays across the country.

Beachgoing, baseball and fireworks, Fourth of July traditions, were embraced throughout the country, along with family cookouts that favoured hot dogs and hamburgers.

An informal peace-and-love festival in an Oregon forest drew more than 13,000 people, including two men who died of apparently natural causes.

The United States commemorated the Declaration of Independence, adopted by the 13 American colonies on July 4, 1776.

The document proclaims unalienable rights to life, liberty and the pursuit of happiness.

In Philadelphia, where the Declaration was adopted, there was a ceremonial tapping of the Liberty Bell at Independence Hall.

In many cities, including Boston, New York, Philadelphia and Washington, crowds gathered under now-usual security precautions for concerts and fireworks displays. New York's display, billed as the largest, was set to go off over the East River where it could be seen from the boroughs of Manhattan, Queens and Brooklyn.

A deal between Governor Chris Christie and legislative leaders allowed New Jersey to reopen parks and beaches, including Island Beach State Park, where the Star-Ledger newspaper on Sunday captured photos of Christie with family and friends. 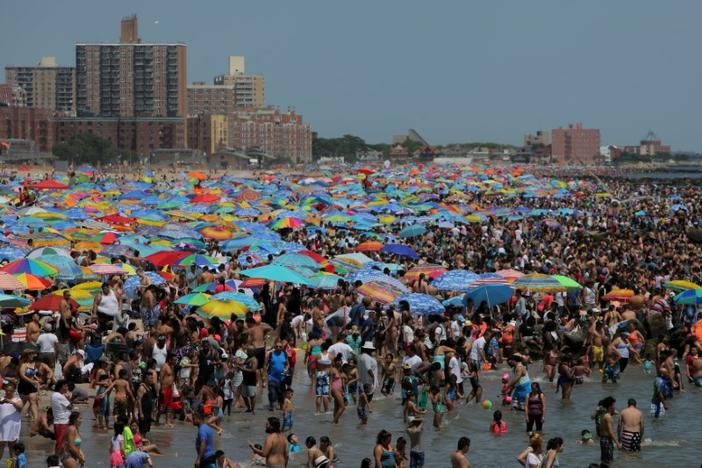 Beachgoers gather at Coney Island Beach on the Independence Day holiday in Brooklyn, New York City, US, on July 4, 2017.

The beach had been otherwise deserted because of the shutdown, prompting a barrage of internet satires placing Christie in his beach chair at famous beach scenes from D-Day to the movie "Planet of the Apes."

An unapologetic Christie, serving his final year as governor, told reporters he would rejoin his family in the governor's residence at Island Beach State Park once the budget was signed.

Major League Baseball had a full schedule of 15 games in mostly packed stadiums across the country. Another type of competition, rapid-fire eating contests, also took place nationwide, including one for hot dogs in Coney Island in Brooklyn, which was shown live on national television.

In Washington, Molly Schuyler defended her title by chowing down 21 Z-Burger hamburgers in 10 minutes, according to media reports. 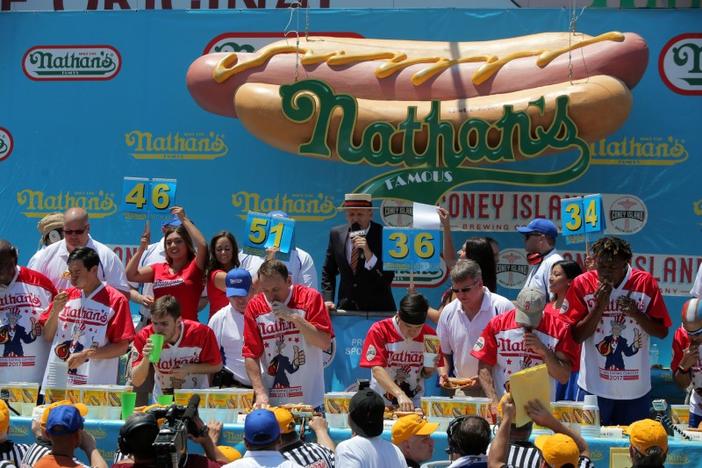 Professing no leaders and no organisation, the Rainbow Family Gathering marked July Fourth with "care-taking of mother earth, nonviolence and living a compassionate and loving life," according to a blog.

A 72-year-old man died on Monday and a 20-year-old man collapsed and died on Tuesday, forest spokeswoman Traci Weaver said.

A doctor administered cardiopulmonary resuscitation to the 20-year-old for 15 to 20 minutes but could not revive him, Weaver said.

There were 15 arrests, mostly for driving under the influence, drugs or disorderly conduct, in addition to 108 violations and 432 warnings.

Visitors were both rowdy and respectful, Weaver said, and the large crowd inevitably degraded the forest with trash, waste and trampling.

"We're concerned about redband trout that are spawning in the creeks nearby," Weaver said. "Our big concern is what the long-term impact will be."