How to fix a broken market in antibiotics 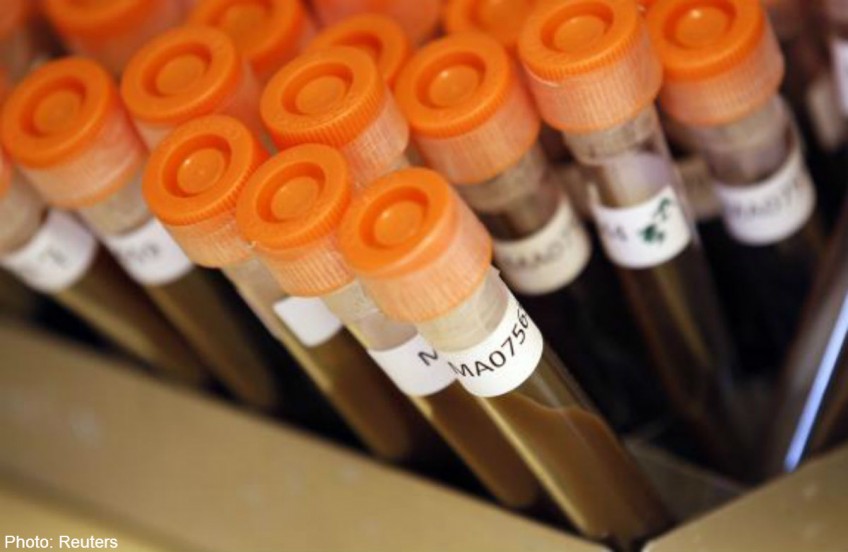 Test tubes filled with samples of bacteria to be tested are seen at the Health Protection Agency in north London in this March 9, 2011 file photo.

The drugs don't work - and neither does the market, when it comes to antibiotics.

When sophisticated bugs that medicines used to kill within days start to fight back and win, all of healthcare, and the people it keeps alive, is in trouble.

Take gonorrhoea, a sexually transmitted disease contracted by more than 100 million people a year: it used to be easily treatable but has now developed superbug strains that are drug-resistant and are spreading around the planet.

Tuberculosis is a similar tale. Totally resistant forms of the lung infection emerged in India just a few years ago and have now been detected worldwide. Hospital patients in Africa with untreatable TB are often simply sent home to die.

It's a glimpse of what Britain's chief medical officer Sally Davies calls the "apocalyptic scenario" of a post-antibiotic era, which the World Health Organisation says will be upon us this century unless something drastic is done.

Waking up to the threat, governments and health officials are getting serious about trying to neutralize it. It may seem like a question of science, microbes and drugs - but in truth it is a global issue of economics and national security.

Fixing the problem is daunting but past successes in rolling out drugs for HIV, vaccinating millions of children in the developing world and recalibrating rewards for medicines to treat rare genetic diseases suggest it is doable.

That builds on a resolution passed at the World Health Assembly in Geneva in May recognising the pressing need for the world to act in the fight to combat increasing resistance.

"We cannot contemplate failure," Davies told Reuters in an interview in her office in London's Whitehall. "We have to find something that works for the world."

What this demands, according to academic and industry experts, is a new business model that rewards drug firms for developing new antibiotics even if they are rarely used.

It is no accident that Cameron chose a big-hitting economic brain - former Goldman Sachs chief economist Jim O'Neill - to head the review.

"This is...not a science issue. This is an issue of markets and economics," said Davies. "A scientist would just get bogged down and not get it."

In recent decades, drugmakers have slashed investment in antibiotics because of poor returns from a class of low-priced medicines that are only used for short periods, even as overuse of existing drugs has spurred the spread of resistance.

As a result, the world's biggest investor in the field today is a little-known US firm, Cubist Pharmaceuticals, with an annual research budget for antibiotics of $400 million.

The industry complains its bug-killing medicines are severely undervalued - and they have a point.

Just over a year ago, Johnson & Johnson won approval for the first drug in 40 years that provides a new way to treat TB, yet sales of Sirturo are forecast by analysts to total just $75 million this year.

Compare that to Gilead Sciences' new hepatitis C drug Sovaldi - carrying an eye-watering US price tag of $1,000 per pill - which is tipped to sell more than $8 billion in 2014.

The key challenge is how to reward companies for finding drugs like Sirturo that must be used as sparingly as possible to avoid resistance developing - in effect, breaking the traditional link between payment and prescription volume.

Since it typically takes 15 years to develop a new drug, smart companies are starting to think ahead now, even though any market revamp is at least two years off - perhaps requiring a special United Nations session sometime in 2016.

GlaxoSmithKline, for example, one of the few large drug companies still working in the field, already has teams working through the implications of such a shift.

A belief that the tide may turn has also encouraged Roche back into antibiotics. The Swiss firm last launched an antibiotic in 1982.

And self-interest comes into play as well: A post-antibiotic world would undermine sales of important drugs to fight cancer or prevent rejection after organ transplants, since these medicines cannot be given without the safety net of effective antibiotics for treating potentially deadly infections.

Patrick Vallance, a former academic who now heads up GSK's pharmaceuticals research, believes a system of advanced market commitments could be the answer, under which governments would agree to buy up new antibiotics for, say, a 10-year period.

A similar scheme for vaccines, known as GAVI, funded largely by donor governments and philanthropists, already works well and has helped buy shots to immunize hundreds of millions of children in poor countries against killer diseases.

But while GAVI guarantees firms big orders in exchange for low vaccine prices, an antibiotic purchase arrangement would need to turn that concept on its head by minimising the volume used - a challenge for manufacturers and governments alike.

Others see a role for prizes, along the lines of the 2004 Ansari X Prize for space flight. Indeed, a $17 million British Longitude prize - modelled on the original search 300 years ago for an accurate way to measure longitude - was offered last month for a simple bacterial infection test that could lead to smarter antibiotic use.

However, prizes work best for single breakthroughs, whereas the world needs a sustainable flow of new antibiotics to keep modern medicine ahead in the evolutionary race with bacteria.

Extending patents for antibiotics is another approach, since antibiotics typically reach peak sales after 13 years on the market, compared to just six for other drugs, by which time the initial patent has run out.

A variation on the concept is transferable patent extensions for other medicines - expanding the time during which a drug company can reap profits from an expensive patented product in another area, such as cancer or heart disease.

Offering additional market exclusivity has worked for so-called orphan drugs for rare diseases, but the trade-off has been sky-high prices that have sparked their own controversy.

State support for new drug research may be another way to help plug the gap, as exemplified by Europe's Innovative Medicines Initiative, which is funded jointly by industry and the EU.

It is clear, however, there is no simple solution - and some experts fear veering too far from free market forces will create perverse incentives that could result in taxpayers' money ending up in shareholders' pockets with meagre benefit to society.

"De-linkage is an interesting concept but I'm not sure it is a practical concept," he said in an interview. "Who's going to come up with the money just to put drugs on the shelf?"

Like many in the United States, he is more focused on simply raising prices as the key lever to improving rewards - a view that resonates with many investors, according to Akiva Felt, an industry analyst at investment firm Oppenheimer, who worries that complex new purchase deals would be hard to value.

For companies like Cubist the current situation is not all doom and gloom. The exit of bigger players has reduced competition, while recent steps to ease the regulatory path to market have helped and the US Generating Antibiotics Incentives Now (GAIN) Act now ensures some extra patent life.

Indeed, the US Food and Drug Administration has approved two new drugs from Cubist and Durata Therapeutics for acute bacterial skin infections in the last two months. That's encouraging but a more fundamental fix is still needed.

Jeremy Farrar, head of the Wellcome Trust medical charity which has made antibiotic resistance a top priority area for research funding, sees an analogy with the defence industry.

"This is a national security issue because of what it would do to the whole of medicine and health - and governments are just going to have to step in," he told Reuters.

"The government doesn't design a tank, but it does promise to buy one if you build it to certain standards and specifications. There are lessons to be learned in the antimicrobial world and the pharma sector from other industries which governments just have to have, and have to fund."