If only Priya Damodharan had given the antihistamine medication loratadine to her 13-year-old son Rohan Raja when he needed it, he may have progressed further in the 2018 Scripps National Spelling Bee competition.

"I kept this medicine out of Rohan and this medicine kept him out of the national bee," lamented Damodharan, an Indian-American engineer who lives in Dallas, Texas with her family.

Raja was asked to spell "loratadine" but could not because he had never heard the word before.

The annual spelling contest is an American institution that has challenged the best young brains in the country for almost 100 years.

"He kept telling me: 'You should have at least shown that medicine bottle to me, I would have remembered the spelling'," Damodharan said.

Raja did not let the setback get the better of him and studied hard - medical terms and more.

A year later at the 2019 competition in May, held in Fort Washington, Maryland, Raja not only survived 20 gruelling rounds over four days, he was crowned one of the winners in a historic eight-way tie. 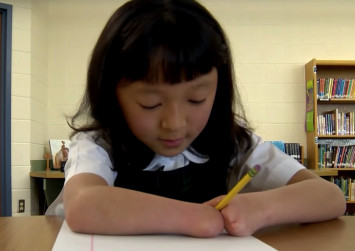 Seven of the champions were of South Asian heritage.

Since 2008, Indians have consistently been the top performers in the Scripps event.

In 1985, 13-year-old Balu Natarajan became the first Indian-American to win the competition. Now 47 and a sports doctor based in Chicago, he said there was a "special emphasis" on English in his home because his uncle had been an English professor in India.

But many Indian immigrants in the US have made teaching their children English a priority.

Shruthika Padhy, a 13-year-old from New Jersey who was one of this year's joint winners, used to mix in words from Odiya, her mother tongue, while speaking English. Over the years, she refined her English vocabulary.

"These children learn their parents' mother tongue from India. That means two and sometimes three languages are learned at home," said Sam Rega, director of Breaking The Bee, a documentary about the South Asian domination of the spelling contest. "This often sparks a natural love for languages"

It's not just the US where Indian children have been winning spelling contests. Earlier this year, Anushree Pathak won the GIIS Tokyo Spelling Bee Competition.

Ashmita Saha, a digital analyst living in Singapore, enrolled her nine-year-old daughter into the International English Olympiad. As an Indian, she said she grew up "believing English is an important language to learn to do well in professional life" and would never want her child to "lag behind" because of weak English.

Indian immigrant parents are often engineers, technicians or doctors who went to prestigious universities in India and elsewhere and want their children to follow in their footsteps.

"Our own success in academic and professional worlds instils a sense of confidence and a competitive streak in the kids," said Mandar Sukhatankar, whose 13-year-old son Sohum was one of Raja's opponents.

Parents like Sukhatankar and Damodharan "want to find venues for their kids to compete to excel", according to Pawan Dhingra from the Department of Anthropology and Sociology at Massachusetts-based Amherst College, and spelling contests have become a popular choice.

Natarajan's win in 1985 was an eye-opener for many Indians.

There were only six Indians in the contest when he first entered in 1983. This year, 30 per cent of the 562 contestants were Indian.

The number has risen steadily since US immigration laws were relaxed in the 1970s, allowing more Indians to got citizenship.

Scripps spokeswoman Valerie Miller said the organisation does not track the ethnicity of the spellers who enter because they are all "Americans".

While some believe Indian children excel through learning things parrot fashion, Dhingra said "great spellers" know how to "break down words into their roots and language of origin" to come up with the right answers.

Some of the winners appear to be passionate about spelling.

Sohum Sukhatankar said his parents first tried to get him interested in music and table tennis but "his heart was into spelling".

Typically, spellers spend three to six hours each weekday and up to 10 hours on weekends and holidays learning the roughly 476,000 words - including their roots, definitions and forms - in Merriam-Webster's Unabridged Dictionary. Some get professional help.

Occasionally they stumble upon tricky words.

"Moazagotl" gave Padhy, who won the competition on her fourth attempt, a tough time in the 17th round of this year's contest. Meanwhile, "gedanite" and "Gedinnian" confused Sukhatankar while he was revising the dictionary but diving deeper into their meanings helped him "remember and distinguish them".

After a few years competing in regional and national competitions, Sukhatankar was confident enough to spell any word without difficulty on live television at this year's Scripps event.

Now he has conquered the dictionary, he wants to turn his success into a business and is planning to coach future spelling bees.

But in Dallas, Raja has more immediate goals. He has been busy catching up with the Cricket World Cup on television and wants to be outside playing sport.

"I had to sacrifice everything for the bee," he said.