How the world is getting tough on unvaccinated people

It has been nearly a year since the first jabs against Covid-19 were carried out in Europe, yet in much of the continent infections and deaths are on the rise.

The World Health Organisation (WHO) warns that Europe is once again the epicentre of the pandemic, accounting for half or more of all infections and deaths globally.

Cases across the continent have risen more than 50 per cent in recent weeks, it says, despite an "ample supply of vaccines".

Experts say there are three main reasons for this:

One is simply that the effectiveness of the vaccines may dwindle over time.

"The main question is how long the immunologic protection against Sars-CoV-2, which causes Covid-19, lasts," said Albert Shaw, an infectious disease specialist at Yale University.

"And since we are learning about Covid-19 in real-time, this is hard to know."

The US Centres for Disease Control and Prevention (CDC) says recent studies have shown that protection provided by vaccines "may decrease over time", although it is not yet known how long exactly the protection lasts.

For this reason, governments across the world are recommending people in at-risk groups get booster shots. In Hong Kong, the elderly and high-risk groups have been receiving booster shots since Nov 11.

Easing too much, too soon

Another reason is that the UK and some other countries may have relaxed social distancing measures too soon.

The UK began its vaccination campaign in December 2020, then lifted most of its social distancing restrictions in England on July 19, which it labelled "freedom day". Its infection rate has not stabilised since.

Case numbers have risen by 20 per cent in the past week, despite 67 per cent of the UK's total population being fully vaccinated. On Nov 14, the British government reported 36,517 cases in one day.

The Netherlands is another country that eased restrictions relatively early on, only to reinstate them once the infection rate rose.

Cases have continued to steadily increase since then, until the daily confirmed cases jumped fivefold in a month from mid-October to mid-November.

The Dutch government responded by reinstating measures such as obligatory mask-wearing in public spaces this week.

During those two weeks, Covid cases increased 769 per cent, according to Oxford University's Our World in Data website.

After the surge, the Dutch Prime Minister Mark Rutte brought social distancing measures back in, apologised and admitted "poor judgment".

"A pandemic of the unvaccinated"

A third reason - and perhaps the most controversial - is that there remain large pockets of unvaccinated people throughout the continent.

In Germany, unvaccinated people aged between 18 and 59 accounts for four times as many Covid hospitalisations as their vaccinated counterparts in that age group, according to the Robert Koch Institute, the country's public health body.

In the over-60s age group, it is six times as many.

As Jens Spahn, Germany's health minister, put it: "We're experiencing above all a pandemic of the unvaccinated."

On Nov 11, Germany reported more than 50,000 cases, its highest figure since the beginning of the pandemic, despite some 66 per cent of the German population being fully vaccinated.

New Zealand has noticed a similar trend, with government data showing more than half of Covid-19 patients in hospitals are not vaccinated.

Experts point out that Eastern European countries with low vaccination rates, such as Romania and Bulgaria, are experiencing extremely high infection rates and among the highest death rates.

Both those countries have vaccination rates lower than 35 per cent.

As a comparison, Covid-19 death rates in the US on both dates were respectively 3.48 per million and 3.33 per million people.

Against this backdrop, governments are finding vaccine resistance increasingly threatening to public health.

One such example is in the US, in September, where President Joe Biden expressed his disapproval towards anti-vaxxers.

"We've been patient. But our patience is wearing thin, and your refusal has cost all of us," he said, directly addressing the group.

The US started administering vaccine shots last December. Since then, 59 per cent of Americans have been fully vaccinated.

According to a poll conducted in July, however, most Americans who haven't been vaccinated yet said they were unlikely to get the jabs.

Their reasons included concerns about side effects, the safety of the vaccines and distrust in the government.

Given the strains on public health systems caused by rising infections, some countries are introducing measures aimed at either coaxing or coercing their unvaccinated populations into getting jabbed.

Some are implementing lockdowns specifically targeting the unvaccinated, others are providing financial incentives, such as requiring unvaccinated people to pay for their own Covid-related medical care should they fall ill.

Since Monday, Nov 15, the Austrian government has been implementing a nationwide lockdown for its unvaccinated citizens.

Unvaccinated people are required to stay at home except for basic activities such as working, getting groceries, and going for a walk. People who enter cinemas, gyms and stores without proof of vaccination will be fined.

Even before this lockdown, the unvaccinated had been banned from entering establishments such as restaurants, cafes, hair salons and hotels.

The city-state has announced that people who choose not to get vaccinated will need to pay for Covid-related treatment themselves.

"Currently, unvaccinated persons make up a sizeable majority of those who require intensive inpatient care, and disproportionately contribute to the strain on our health care resources," the Singaporean government said on Nov 8.

This measure will begin on Dec 8. According to the Singaporean Ministry of Health's website, treatment of severe respiratory infections in the city state's public hospitals typically costs between $5,900 to $8,200.

The British government has said that from April all health care staff in England who work with the public must be vaccinated against the coronavirus, despite concerns the move could prompt thousands of people to quit their jobs.

Health Minister Sajid Javid told lawmakers in the House of Commons that while vaccination was not compulsory for most people, health workers had "a unique responsibility" because they were in contact with those most vulnerable to illness.

He said the government's mandate wouldn't take effect until April 1, which would give all staff time to receive two doses.

There will be exceptions for those who are medically exempt and staff who don't meet members of the public.

The change applies only in England. Scotland, Wales and Northern Ireland set their own health rules.

More than 75 per cent of Malaysia's population has been fully vaccinated, according to official statistics.

Although that figure is much higher than many other countries, the Malaysian government is planning to put more pressure on those who have not been jabbed yet.

"Sorry to say, we will make life very difficult for you if you're not vaccinated by choice," Health Minister Khairy Jamaluddin said recently.

Since the beginning of November, vaccinations have been compulsory for civil servants.

The health minister warned in October that people who deliberately avoided getting vaccinated would face disadvantages beyond a ban on dining out.

"If you choose not to get vaccinated, then we will probably ask you to do regular tests that you have to pay for," Jamaluddin said.

However, specific plans are yet to materialise.

Millions of workers in New Zealand who work in the education, health and disability sectors are covered by the so-called "No Jab No Job" mandates.

Under the mandate, while frontline health workers were required to be fully vaccinated by Dec 1, the deadline for the first vaccine shot for teachers was set on Nov 15.

Teachers will now be committing an offence if they show up to school unvaccinated. Unvaccinated teachers have to teach remotely or provide proof of a medical exemption if they are to work on-site.

Schools have been urged to contact the police if unvaccinated teachers show up to work.

Teachers who flaunt the rule can be fined.

Singapore’s like the parents who actually do the s**t that you threaten your kids with, and this time they’re taking on people who won’t get a Covid shot. pic.twitter.com/PtMr0joJt0

How are people reacting?

Singapore's decision to start charging unvaccinated Covid-19 patients for their treatment won praise from a popular American talk show as an efficient, no-frills way of making people get the jab.

"Singapore essentially has universal health care, so for them to come out and say, 'You are going to pay for your own stuff. If you don't take the Covid vaccine, we're going to treat you like an American,' that's huge," said Ronny Chieng, a Malaysian comedian educated in Singapore, on The Daily Show by Trevor Noah.

"In Singapore, being treated like an American in the health care system is the biggest punishment you could give them."

Chieng's sentiments were shared by the host Trevor Noah, who mocked the American government's approach of trying to win over vaccine sceptics through persuasion.

"In America, if you say you don't want the vaccine, the government says 'Please, please take the vaccine, please, we'll give you money'," Noah quipped.

However, in the UK, efforts to coerce people into getting the vaccines have proved controversial, with trade unions opposing the move for certain groups of people.

Labour Party health spokesman Jonathan Ashworth said there was a risk that a well-intended policy could aggravate chronic understaffing issues.

However, local experts said the blame should not be focused on unvaccinated populations, at least in Hong Kong's context.

Ben Cowling, a Hong Kong public health expert, said that it was not true that Covid-19 infections were being driven by unjabbed people.

"It would be more accurate to say that severe Covid-19 cases occur disproportionately among unvaccinated individuals," Cowling said.

The HKU professor explained that the Hong Kong government, for example, had a target of zero local cases and that this could be achieved "regardless of vaccination coverage".

Read Also
'It's a rip off': 75% of Singaporeans polled say they have no plans to take advantage of the VTLs 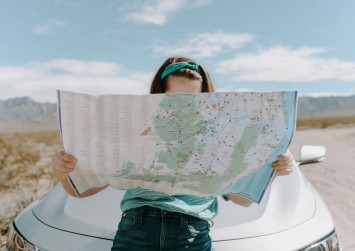 "As long as Hong Kong continues to aim for zero local cases, the most important measures will remain the strict on-arrival quarantines with minimal exceptions and the frequent testing of staff who work at the airport or quarantine hotels."

However, Cowling added that high vaccination coverage, particularly in older adults, would "be essential if or when Hong Kong decides to transition away from the zero-Covid strategy".

Siddharth Sridhar, a microbiology professor at HKU, said that he would support the enforcement of measures in Hong Kong that could improve vaccination uptake in at-risk populations like the elderly.

"The elderly are at high-risk for severe Covid-19. Unlike other parts of the developed world, vaccination uptake in the elderly has been very poor due to a lot of misconceptions about vaccines and false perceptions that Covid-19 won't occur in Hong Kong," he said.

Another local expert, Shui-shan Lee, a professor of infectious diseases at CUHK, said if the Hong Kong government were to implement any measures to nudge the city's unvaccinated population to get the jab, those measures should "encourage the unvaxxed people to go for vaccination, rather than to punish them."