How would a US recession impact Singapore, Malaysia, Thailand amid surging inflation?

A man wearing a protective mask crosses a street in front of Petronas Twin Towers, amid the coronavirus disease (Covid-19) outbreak in Kuala Lumpur, Malaysia, on Aug 11, 2020.

As countries in Southeast Asia began gradually lifting strict curbs on movement and business activity from last year, central banks in the region were expected to start down the path of normalising their key policy rates to keep in line with anticipated rate hikes by the US Federal Reserve.

Most central banks around the world would adjust their key policy rates in tandem with Fed decisions, to manage volatility in their currencies against the US dollar – which typically strengthens when the Fed raises rates – and imported inflation caused by the weakening value of their currencies.

But the best laid plans by financial policymakers ended up being waylaid by Russia’s unexpected invasion of Ukraine in February, which caused inflation to accelerate beyond what many analysts and central banks were prepared to deal with.

“Nobody expected a spike in oil prices, nobody realised Ukraine and Russia combined contributed to 30 per cent of global wheat production,” Fung Siu, principal economist with The Economist Intelligence Unit, told This Week in Asia . “Animal feed production was especially affected. Already markets were quite tight, they were made tighter by the war.”

The twin effects of food supply chain disruptions and surging oil prices have contributed to inflation levels hitting a 40-year high in the United States , forcing the Fed to approve a 75 basis point increase to its key interest rate on Thursday in a bid to rein in consumer prices.

Fed officials say another 75 basis point hike is possible amid steady rate increases over the rest of the year, which they expect will significantly slow down the US economy and lead to a rise in unemployment, stoking concerns that they may be attempting to induce a recession.

“The Fed is so behind the curve that they realise they have to get with the curve. They understand that once inflation becomes entrenched, it’s very difficult to squeeze it out of the economy,” Fung said.

“The only way to slow inflation is to slow down demand, hence a recession … they need a short shock treatment now, so they can get back on track on non-inflation growth.”

But with most Asean states just only getting their economies back on track after two years of disruptions due to the pandemic, will they be able to deal with a US recession on top of surging inflation?

The Asean-5 – the five largest economies in the 10-member grouping – have either already raised their key rates or implemented some other measures in a bid to hold down inflation, according to Brian Tan, senior regional economist with Barclays.

Singapore led the pack with two successive moves to tighten policy in January and April. Malaysia and the Philippines followed suit in May, while Thailand and Indonesia have so far left their rates unchanged.

While there is some divergence in how the central banks of the five nations are addressing inflation, Tan said they expect all central banks in the region to hike or tighten policy by the third quarter of this year.

Tan said they do not expect the US to enter a recession, though he acknowledged that it remains a risk, especially with headwinds tilted towards higher inflation rather than lower growth.

“It is a difficult situation as inflation is so high, and anyone looking at history will notice that when there is high inflation in the US, we got out of it with the Fed and central banks causing a recession,” Tan said.

“Do we have enough recovery momentum in Southeast Asia to offset that? If it happens this year, in the near term we still enjoy some of that climb out of the Covid-19 lows. 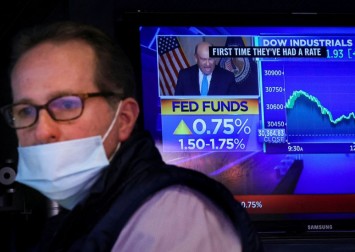 “But if it occurs later on in the cycle, maybe next year or two years down the line when momentum from recovery has faded away, then it may get tricky,” he said.

Countries in the Asean-5 will face different challenges should a recession hit, with Singapore, Malaysia and Thailand likely to be the worst hit due to their dependence on exports, said David Mann, chief economist for the Asia-Pacific, Middle East and Africa with the Mastercard Economics Institute.

He said the Philippines could expect a hit to tourism and remittances, two major contributors to its GDP, while Indonesia was likely to see a slowdown in domestic activity should it suffer a sell-off in the rupiah.

However, most Asean central banks “have policy room to shift towards combating inflation, as demand is on a healthy recovery with the loosening of Covid-19 restrictions”, Mann said, with the exception of Thailand which is still suffering from weak recovery of its tourism sector due to lack of arrivals from China and Russia, their top and third-largest tourist markets.

As far as timing is concerned, Tan said it would be in the best interests of the region’s central banks to make the tough decisions now instead of later, when things may end up being more difficult to manage.

“It’s probably better for central banks to act now, establish their credibility now, bring down inflation to normal levels and avoid a situation where they have to do even harsher tightening later on,” he said.