How zero-Covid economies like Hong Kong, Australia can return to pre-pandemic life

Bondi Beach in Sydney, Australia. The country's economic recovery is poised to accelerate amid a spending surge by Australians looking to holiday in the country.

Throughout the Covid-19 pandemic , governments have resisted being drawn on specifics when discussing the circumstances for doing away with restrictions on everyday life, preferring to appeal to nebulous concepts such as “safety”.

Reticence has been especially pronounced in “zero-Covid-19” economies such as Australia, New Zealand and Hong Kong , all of which have kept a tight lid on caseloads with strict border controls that effectively halted international travel.

But as many Asia-Pacific economies near 18 months of self-imposed isolation, while highly vaccinated North America and Europe open up, there is a growing clamour for targets and timetables in a bid to return to some semblance of normal life.

“I do think there are many ways that having a well-laid-out, well-thought-through, stepped plan can actually help,” said Catherine Bennet, a public health expert and epidemiologist at Deakin University in Melbourne.

“It changes the way you are thinking, because we know what our ultimate goal is. And ultimately people know where they will be – they picture themselves in six or 12 months’ time, and people need that.”

There are several arguments in favour of laying out specific timetables and targets for variables such as vaccinations and mortality. Providing a clear link between vaccinations and the easing of restrictions may boost vaccine uptake, experts say – a crucial issue in many low-Covid-19 economies with sluggish vaccination rates.

Offering people a realistic endpoint may also lessen feelings of uncertainty, a major contributor to poor mental health during the pandemic, and help ensure authorities do not continually shift the goalposts for restoring pre-pandemic freedoms.

In Britain , which will mark “Freedom Day” on July 19 after partially vaccinating about 85 per cent of the population, health secretary Sajid Javid has stressed that the country’s reopening must be “irreversible”. 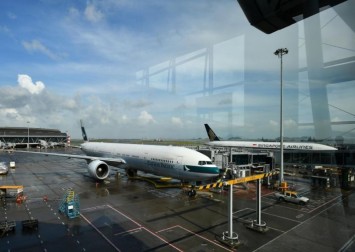 In a major rhetorical shift, Australian premier Morrison on Friday announced a four-phase vaccination road map to lay out the steps for the country returning “completely back to normal”.

Although the announcement itself contained no specific dates, Morrison said the plan would include as yet undetermined vaccination targets for moving between phases, including reopening borders, following consultation with statistical modelling experts.

The announcement came after Covid-19 outbreaks in major cities, including Sydney, last week plunged nearly half the country’s 25 million people into lockdown, exposing the vulnerability of its border controls in the absence of widespread vaccine coverage. About one in three Australians have received at least one dose, with less than 10 per cent fully vaccinated.

Richard Holden, an economics professor at UNSW Business School in Sydney, said images of crowds at the Wimbledon tennis tournament in Britain had shaken Australians out of complacency about their early success in controlling the pandemic.

“We look at that and say, ‘We did really well early on in the pandemic, in handling it, and now we’ve fallen really far behind’,” Holden said, adding that the announcement of a road map was a step in the right direction, although it lacked specifics.

“Basically once everyone has been offered a high-efficacy vaccine, if people refuse to take it, I think at that point, the government is going to have to say, ‘We’re telling you what’s going to happen, we’re going to open up, you’ve got your chance, and then people are going to have to live with the consequences of that’.” 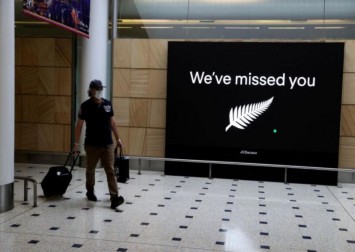 On Tuesday, Prime Minister Ardern of New Zealand said she would observe the experiences of other countries reopening their borders before deciding on policy.

“Everything that we’re seeing around the world at the moment is experimental,” she said in response to a parliamentary question about Australia’s road map. “At the moment, we don’t necessarily have an evidence and research base to draw on.”

In Singapore, where over 60 per cent of the population has received at least one dose, a group of ministers last month announced the city state was working on a blueprint for living with the virus as an endemic disease.

While the blueprint has yet to be revealed, health minister Ong Ye Kung last week indicated restrictions would ease in line with vaccination targets, including fully inoculating two-thirds of the population by August 9, Singapore’s national day. He said international travel to less risky destinations, including Europe and the United States , could be possible by the end of the year.

On Wednesday, Ong announced larger gatherings could be allowed for fully vaccinated people once half the population had been inoculated, a milestone expected to be reached in late July.

In Hong Kong, where authorities have not laid out firm targets linking vaccination to reopening, food and health secretary Sophia Chan Siu-chee on Sunday said border and other restrictions could ease as vaccination rates rose. Chan said the city should aim to reach at least 70 per cent coverage to have a chance of achieving herd immunity and preventing widespread transmission.

Roberto Bruzzone, co-director of the HKU-Pasteur Research Pole in Hong Kong, said “zero-Covid-19” economies such as the city should pick a specific vaccination target or date for reopening to the world.

“Either option is valid, provided that vaccinations are available, there are sufficient doses to hit the target, and it is announced after some consultation, giving people time to react,” he said. 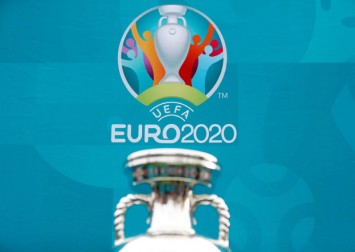 Bruzzone said zero Covid-19 cases and “perhaps even herd immunity” were not realistic goals, and contrasted Hong Kong’s cautious approach with Europe’s resumption of major sporting events such as Wimbledon and the Euro 2020 football championship.

“Here, we spend time discussing how a cleaner got infected in a quarantine hotel because it is one locally transmitted case, albeit traceable,” he said. “It should not be in the news. The realistic and realisable goal is to vaccinate, vaccinate and vaccinate, and be ready for seasonal vaccination, as we are for influenza.”

Bennett, the Deakin University epidemiologist, said a road map was important to help reinforce the message that vaccines worked and greatly reduced the risk of Covid-19.

“I’m struck by the level of fear that is just so out of proportion with either vaccine risk or the risk of illness, particularly in the young, that it makes it really hard for us to navigate our way out of this, because now we’re trying to bring people back on board and rebuild confidence,” she said.

It would be important for Australia’s road map not to set its initial targets for easing restrictions too high, Bennet added, but instead lay out “smaller steps” that would drive home the benefits of getting vaccinated.

Some experts remain wary of fixed targets during a fluid pandemic situation, especially amid the emergence of mutant virus strains such as the highly transmissible Delta variant. The variant, which was originally identified in India, has fuelled a surge in cases in highly vaccinated countries such as Britain and Israel – although deaths in both countries have remained practically flat due to the jabs’ effectiveness at preventing serious illness.

In Britain, which has endured three severe lockdowns, some public health experts have warned that the government is moving too soon, as they call for a gradual easing of restrictions.

Calvin Ho, an expert in medical law and ethics at the University of Hong Kong, said it was “difficult to set bright-line targets, which may even be dangerous if the public is led to believe that the pandemic is over and let their guard down”. 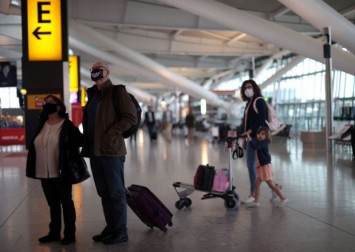 “My sense is that it will be difficult for the Hong Kong government to make policy decisions based on fixed targets – for example, a 70 per cent vaccination rate for residents – as there is still too much uncertainty,” Ho said.

Raina MacIntyre, head of the biosecurity research programme at the University of New South Wales’ Kirby Institute, said any road map for Australia would remain hypothetical until it tackled its “first and most important priority” of boosting vaccination rates.

“At the moment, we cannot even run a high-impact advertising campaign or promote vaccination, because access to vaccines is limited,” she said. “Singapore has provided more than 60 per cent of their population with one dose and almost 40 per cent with two doses of vaccine, so a road map is appropriate for this stage.”

MacIntyre predicted Australia’s borders would not reopen until late 2022 at the earliest.

“We have seen some degree of magical thinking because people are fed up and want their lives to return to normal,” she said. “We need to address this systematically and step by step.”