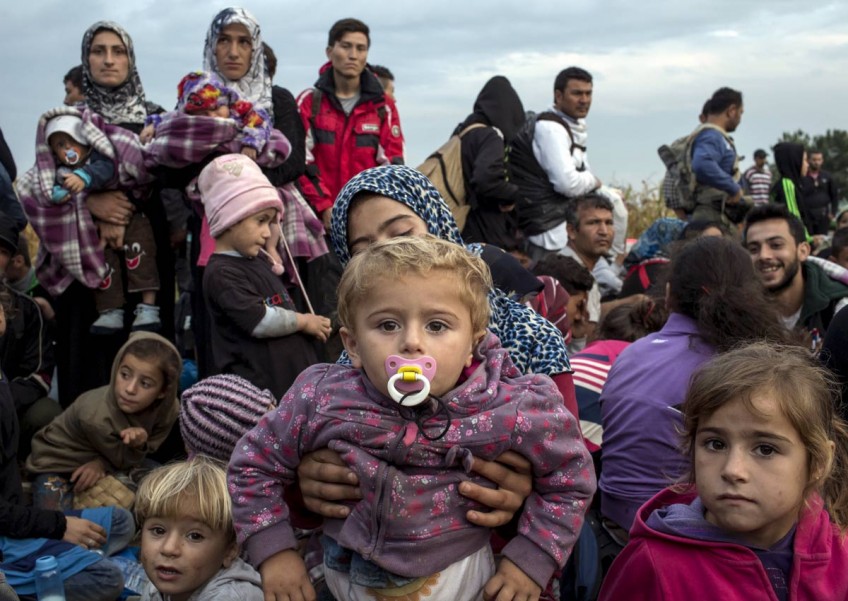 Migrants from Syria wait for a bus after crossing into Hungary from the border with Serbia on a field near the village of Roszke, September 5, 2015.
Reuters

BUDAPEST - Migrants are "overrunning" Europe, with the continent's borders and way of life under threat, Hungary's prime minister said Monday ahead of a vote in parliament giving the army and police sweeping new powers.

"They are overrunning us. They're not just banging on the door, they're breaking the door down on top of us," Viktor Orban said in parliament in Budapest.

"Our borders are in danger, our way of life built on respect for the law, Hungary and the whole of Europe is in danger," the 52-year-old right-winger said.

"Europe hasn't just left its doors open but has sent open invitation... Europe is rich but weak, this is the worst combination, Europe needs to be stronger to defend its borders," he said.

Hungary has emerged this year as a "frontline" state in Europe's migrant crisis, with 225,000 travelling up from Greece through the western Balkans and entering the country from Serbia and most recently Croatia.

Last week Hungary sealed its southern border with Serbia, forcing tens of thousands of migrants to enter Croatia, from where many then again crossed into Hungary and headed for Austria and beyond.

Hungary has been widely criticised for building barriers on its borders and for its treatment of the migrants, including in clashes last week when police used tear gas and water cannon against protesters throwing stones and other missiles.

The new legislation expected to be passed later on Monday will give the army and police sweeping new powers to stop illegal migrants crossing the border, including giving troops the right to use weapons.