BASSE-TERRE - At least six people have been killed in the French part of the Caribbean island St Martin after Hurricane Irma tore through the region, Guadeloupe prefect Eric Maire said Wednesday.

"This is not the final toll. Far from it. We sadly risk further discoveries," Maire told journalists.

"The police didn't start again until the middle of the morning, we were not able, even with firefighters, to explore the whole of the island," he added.

The previous toll given by France's overseas ministry was two dead and two seriously injured on the eastern Caribbean islands St Barts and St Martin. 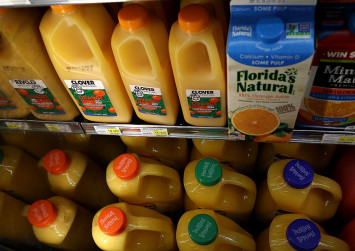 Hurricane Irma, one of the most powerful Atlantic storms on record, cut a deadly swath through a string of small Caribbean islands on Wednesday.

The French minister for overseas affairs, Annick Girardin, was to fly to Guadeloupe late Wednesday with emergency teams and supplies to assess the situation, the ministry said.

"It's too soon for casualty figures (but) I can already tell you the toll will be harsh and cruel," French President Macron said, adding that he expected damage on St Barts and St Martin to be "considerable".

St Martin ("Sint Maarten" in Dutch), located south of the island of Anguilla, is divided between the Netherlands and France.

St Barts ("Saint Barthelemy" in French), which lies to the southeast of St Martin, is administered with the status of a French collectivity, as is the French part of St Martin.