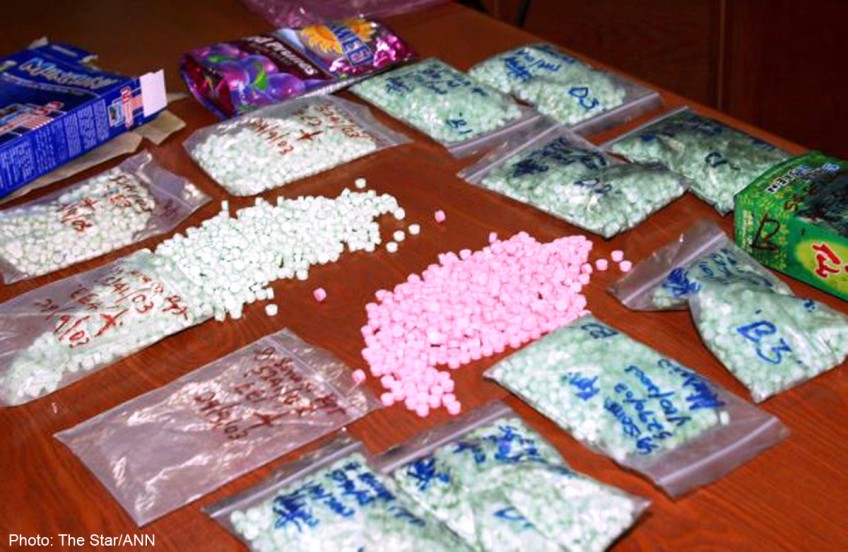 SYDNEY - Crystal methamphetamine is the greatest drug threat to Australians, with usage spreading across the nation despite unprecedented seizures of the substance by authorities, Justice Minister Michael Keenan said Wednesday.

Keenan, who was releasing an Australian Crime Commission report into the supply and use of the white crystalline drug, also known as "ice", said local and international crime groups were heavily involved in the illicit trade.

"Our nation's addiction to this mind-eating, personality-distorting, life-ending drug is undermining the social fabric of communities, and paying big dividends to the organised criminal syndicates that are profiting from its misery," the minister said in a statement.

"The report confirms ice poses the greatest threat to the Australian public of all illicit drug types."

The report also said there was an "unprecedented level of organised crime involvement" in the trade of the drug - which is highly addictive.

More than 60 per cent of domestic criminal groups including motorcycle gangs were involved, with the drug passing through several countries before being imported into Australia, the commission said.

"From a global perspective, there appears to currently be significant production of methylamphetamine in Mexico," the report said.

"Mexican crime groups are importing cocaine and methylamphetamine into Australia."

Australia was a particularly attractive market for drug traffickers as the price of ice was much higher in the nation compared with its regional counterparts, the report added.

The report said local dealers were mixing other drugs into ice to try to increase addiction levels.

More users were also turning to ice rather than the powdered form of methamphetamine. Ice can be smoked instead of injected, and so is easier to use and more accessible.

"These factors, and the ready availability of methylamphetamine, have created new demand in areas where the drug has not previously been present," the commission said.

The broader impact of ice use included psychosis and long-term psychological issues, while it has also been linked to violent crimes, Keenan said.

Some seven per cent of Australia's population aged 14 years and above reported using amphetamine or methamphetamine, with 2.1 per cent saying they had used the drugs in the past 12 months, according to a 2013 National Drug Strategy Household Survey.

The global production and trafficking of methamphetamine was growing amid increasing demand in east and south-east Asia, the United Nations Office on Drugs and Crime said in a report last year.

The UN body added that record levels of methamphetamine were also being seized across the world.