This iconic Game of Thrones location just collapsed into the sea 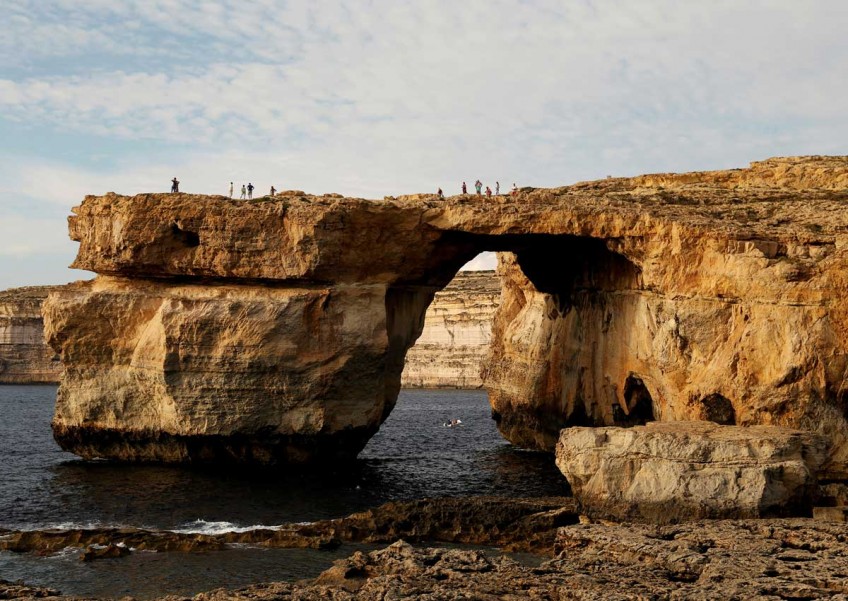 The arch, known as the Azure Window or Dwejra Window.
Reuters

Remember the first episode of Game of Thrones?

The Dothraki wedding between Daenerys Targaryen and Khal Drogo takes place in a stunning location, with a picturesque limestone arch as a backdrop.

Sadly that arch, known as the Azure Window or Dwejra Window, is no more.

It collapsed into the Mediterranean sea after heavy storms battered Malta's island of Gozo for days.

"There was a big raging sea beneath the window. Suddenly, the arch collapsed into the sea with a loud whoomph, throwing up a huge spray. By the time the spray had faded, the stack had gone too," Ronald Chessell, a resident of Xagħra, a village on Gozo, told the Times of Malta.

Just admire the arch in all its past glory:

And this is how it looks right now:

The collapse doesn't exactly come as a surprise to authorities, who have been warning for years about the inevitable erosion of the 92-ft fragile structure.

However, a 2013 geological study concluded that there was no imminent danger of collapsing. Authorities recently introduced a €1,500 fine in a bid to stop people from walking across the landmark - but it was largely ignored.

And this how the national tourism authority mourned the loss: