Last Thursday (June 29), a woman was forced to hold her 27-month-old son onboard a United Airlines flight until her arms and legs went numb, even though she had bought two tickets.

Shirley Yamauchi, a Hawaii middle school teacher, had bought the tickets in advance and paid nearly US$1,000 (S$1,382) for each ticket, knowing that children over the age of 2 required their own seat, according to HawaiiNewsNow.

While waiting for takeoff, a man approached them with a ticket which indicated the same seat number that her son, Taizo, was seated at.

Yamauchi then told the man that she had purchased both tickets, but the man replied that he bought the ticket on standby. A flight attendant also came by, but merely shrugged and said "flight's full", before walking away.

Recounting the previous violent incident that happened on a United Airlines flight where a man was dragged out of his seat and sustained injuries, she was afraid to speak up and silently put her 25-pound (11kg) son on her lap for the entire 3.5-hour journey. 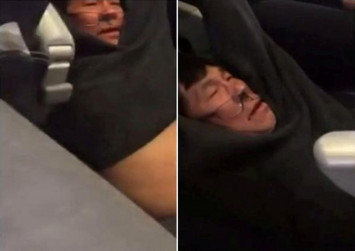 "I'm Asian, I'm scared, and I felt uncomfortable," she said in an interview with HawaiiNewsNow. "I didn't want those things to happen to me."

With a 2-year-old son on her lap, Yamauchi felt really uncomfortable with her left arm "smashed up against the wall" and experienced numbness in her legs and arms.

United Airlines had since issued an apology five days after the incident, explaining that gate agents had inaccurately scanned Taizo's ticket, resulting in him not being checked in and thus the seat was released to another passenger on standby.

"We deeply apologise to Ms Yamauchi and her son for this experience. We are refunding her son's ticket and providing a travel voucher. We are also working with our gate staff to prevent this from happening again," the company added.

However, Yamauchi has expressed her anxiety with flying on United Airlines again, reported HawaiiNewsNow.