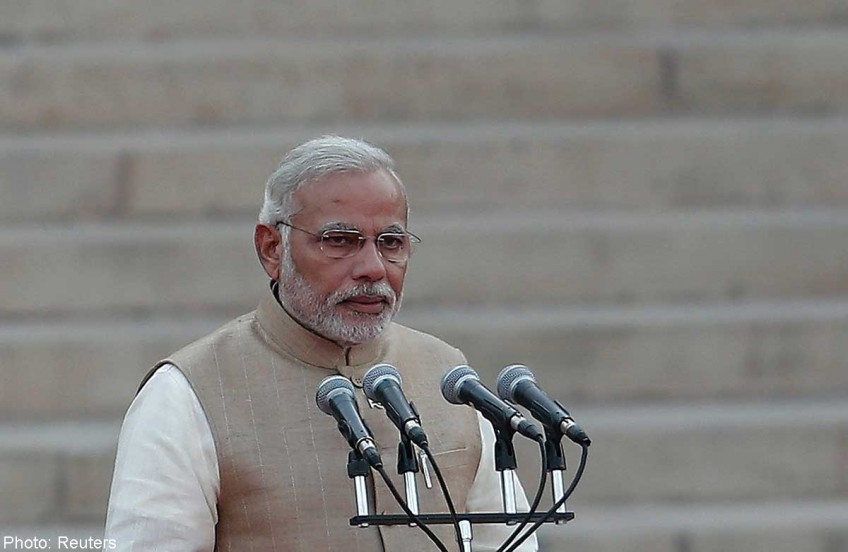 The leaders also pledged to strengthen trade and diplomatic ties during the 80-minute meeting in Fortaleza, their first since nationalist hardliner Modi won landslide elections in May.

"Both sides emphasised on the need to find a solution to the Boundary Question," the Indian government said in a statement in New Delhi.

"The Prime Minister stressed the importance of strengthening mutual trust and confidence, and maintaining peace and tranquillity on the border." Modi said in a tweet he had "a very fruitful meeting" with Xi and they had discussed a wide range of issues.

Ties between the nuclear-armed giants have long been soured by border disputes and competition for influence in their neighbourhood.

Soon after coming to power, Modi invited Xi to visit India later this year, while China's foreign minister has travelled to Delhi for talks with the prime minister.

Leaders of the BRICS group of emerging powers are to meet Tuesday in Fortaleza to launch a new development bank and a reserve fund seen as counterweights to Western-led financial institutions.

Xi also invited Modi to attend the Asia Pacific Economic Cooperation forum in Beijing in November, although India is not a member, Akbaruddin told reporters in Fortaleza, in a briefing shown on Indian TV.

Modi stressed the need to address a trade imbalance between the two countries, which is heavily skewed in China's favour.

Xi agreed the need for balanced trade and said "enhanced services exports from India to China could be one way to address the issue".

But relations are still dogged by mutual suspicion - a legacy of a brief but bloody war in 1962 over the Indian state of Arunachal Pradesh in the eastern Himalayas that China claims as its own.