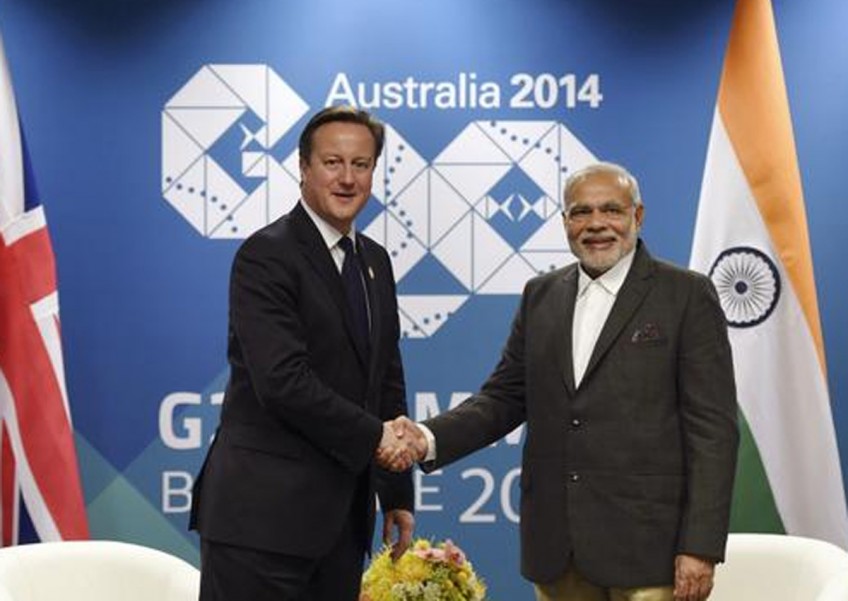 NEW DELHI - Indian Prime Minister Narendra Modi said Sunday he was looking forward to visiting Britain next month, his first trip as premier after London lifted a decade-long boycott against the leader.

"I will embark on a visit to Britain a day after Diwali," Modi said, referring to the major Hindu festival to be celebrated on November 11.

"I am looking forward to my visit," he added, in his monthly radio address.

Modi will be in London from November 12 to 14 before heading to Turkey for a G20 summit, an Indian foreign ministry source confirmed to AFP on condition of anonymity.

During the three-day trip, Modi will meet with Britain's leadership and address the country's large Indian diaspora at Wembley Stadium, as well as inaugurate a memorial of India's low-caste icon Bhimrao Ambedkar at his former London house.

The trip is Modi's first since London ended its decade-long diplomatic boycott of the Hindu nationalist in 2012 over deadly anti-Muslim riots while he was running his home state of Gujarat.

Prime Minister David Cameron invited the premier to visit Britain shortly after Modi's landslide general election victory in May 2014, in a bid to boost trade and diplomatic ties with India.