Indonesian pastor speaks out against racism in US, experiences backlash at home

An Indonesian pastor based in the United States has caused a stir on social media because of a speech he made during a recent Black Lives Matter protest that referenced Indonesia’s history of discrimination.

An Indonesian priest based in the United States has caused a stir on social media because of a speech he made during a recent Black Lives Matter protest that referenced Indonesia’s history of discrimination.

In a video that has now gone viral, Portland City Blessing Church lead pastor Oscar Surjadi addresses a group of protesters gathered in a public square in Portland.

“I came to the US – not for this. I was born in Indonesia and I know what it means [to experience] prejudice and discrimination,” Oscar said in the video.

“I thought I [fled] Indonesia, and I came here so I could breathe freedom. But I look at what has been happening since last week, and my heart has just melted.”

Indonesian netizens have since fired back at the priest’s speech. Some claimed that Indonesia had always protected the rights of minority groups and had therefore been described inaccurately.

“Dear Oscar Surjadi, Indonesia is a very safe and harmonious country for minorities.

"In this country, all minority faiths are given national holidays to observe their respective holy days. You must know about this if you were born in Indonesia.

"Stop disparaging your own country abroad!” @Hilmi28 tweeted on Thursday.

Other Twitter users accused Oscar of treason, saying his speech was a deliberate attempt to smear Indonesia’s reputation abroad.

“Oscar Surjadi is a traitor. He is one of the nation’s enemies,” @404Termux tweeted. 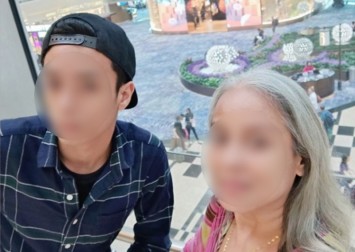 According to the church’s official website, Oscar has served as the general overseer of the Portland City Blessing Church in Portland, Oregon, since 1998.

Oscar, who was born in Jakarta, left business school and abandoned his career in New York to attend Philadelphia College of Bible in Philadelphia, Pennsylvania, in 1995. He was anointed a full-time minister the same year.

Despite widespread claims of cultural and religious tolerance at a national level, Indonesian minorities have often faced discrimination and outright bigotry amid the world’s largest Muslim population.

A survey conducted by the Indonesian Survey Circle in September 2019 found that nearly 60 per cent of the country’s Muslims were against the idea of non-Muslims being elected president.

More than 50 per cent of the survey’s Muslim respondents were also against the idea of non-Muslims building houses of worship in predominantly Muslim neighborhoods.

Last December, Christian residents of Kampung Baru village in Dharmasraya regency in the predominantly Muslim province of West Sumatra were told by local police officers not to hold Christmas services in their own community. 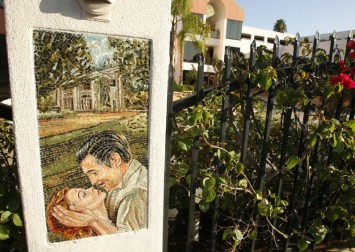 The police’s suggestion was apparently made in response to a letter sent by village leaders earlier that month banning the community of about 16 families from celebrating Christmas in the neighborhood.

Other minority groups, such as Papuans, have frequently been subjected to acts of racism over the years.

Papua Police officers wrapped a snake around a native Papuan they suspected of theft during an interrogation last February. The police have since apologized for the act.

Last August, riots broke out in several provinces in the archipelago as people protested the racial abuse of Papuan students in East Java.

The death of George Floyd, an African-American man who died while being arrested in the US, and the ensuing global outcry have sparked renewed public discourse about racism against Papuans in Indonesia.