A protester going by the name of David O‘Brien manages to steal screen time during the IOC’s online press conference on May 12 with spokesman Mark Adams.

A mysterious protester embarrassed International Olympic Committee officials on Wednesday (May 12) when he managed to gatecrash an official online press conference to display an anti-Tokyo Olympics banner while uttering “f*** the Olympics”.

A man going by the name of David O’Brien and claiming to be from Yahoo was last up during question time at an IOC online press conference, which followed Wednesday’s board meeting.

IOC spokesman Mark Adams, sitting in for President Thomas Bach, was taken aback before asking for the press conference to be ended.

When queried as to how the protester managed to pass vetting, the IOC press office responded: “This individual registered as a media representative of Yahoo.”

The IOC’s online conference platform calls for media to “raise a hand” when they want to ask a question. The request is passed through a moderator before being approved and their screen and audio is switched on to be able to ask a question.

The protester’s message did, however, reflect the overall theme of the press conference with most media questions seeking IOC views on whether the Tokyo Games will indeed start on July 23 despite a surge in Covid-19 cases and the Japanese government extending a state of emergency in Tokyo and greater Osaka until May 31.

4 test events in Japan conducted safely and securely
with participation of overseas athletes just recently. More than 700 athletes and over 6,000 related staff participated. - #Tokyo2020 summarising the results of the recent test events for the Olympic Games. #IOCEB pic.twitter.com/9tfMiRMA5Q

Adams, however, hardly flinched as he stoically maintained the IOC and Tokyo 2020 organisers’ line that the Games will go on, saying they are in the “final phases of implementation” with most of the test events and qualifying competitions completed.

“We continue to plan for a full Games and that’s the way it has to be and that’s the only way it can be for us,” said Adams. “Everything is telling us, from the test events to the international events, that the Games can go ahead and will go ahead.”

The 2020 Olympics, which were delayed from last year because of the Covid-19 pandemic, is costing at least US$26 billion (S$35 billion), most of it paid by the Japanese public.

Despite polls showing the majority of Japanese people are in favour of postponing or cancelling the Games, the government of Prime Minister Yoshihide Suga is determined that it will go ahead as planned.

Adams refused to discuss the veracity of opinion polls, though, saying the IOC has its own polls though he was unable to provide figures when queried further. 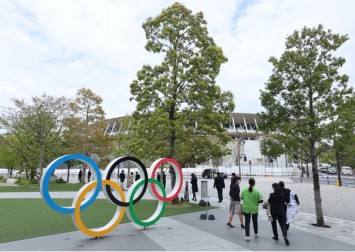 “They are what they are, we obviously do our own polling. As you know these are very specific times and very different to normal, but as you know there is always a dip ahead of the Games, quite often.

“As with all organisations, we have to pay attention to public opinion but not be totally driven by it.”