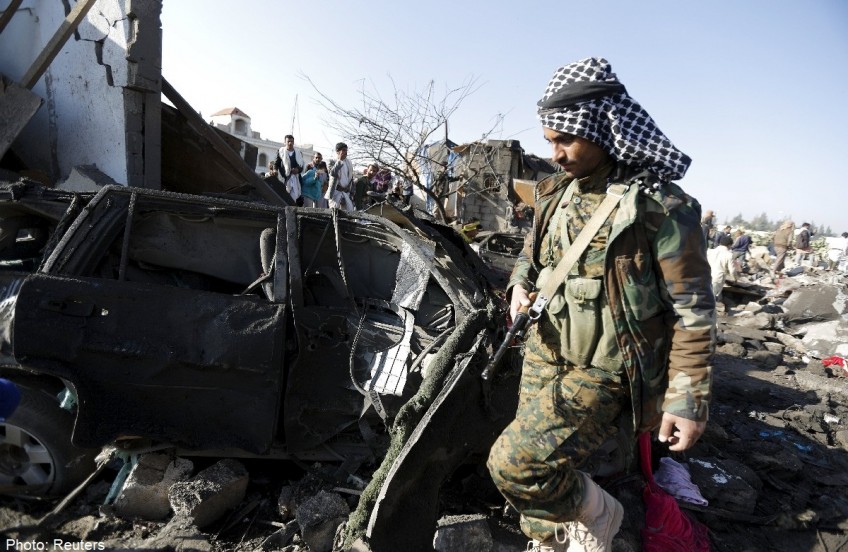 TEHRAN - Saudi air strikes on Shiite rebels in Yemen triggered a furious reaction from regional rival Iran on Thursday, with top officials warning that military action could spill into other countries.

The bombing of the Huthi rebels, who are said to be backed by Iran, came after days in which Yemen was said to be facing civil war.

Saudi Arabia said it had launched the bombing raids to reinstate what it called the legitimate government of President Abedrabbo Mansour Hadi, who has been holed up in main southern city Aden since fleeing the rebel-controlled capital Sanaa last month.

"Military action from outside of Yemen against its territorial integrity and its people will have no other result than more bloodshed and more deaths," he told the Iranian-owned Al-Alam television channel.

"We have always warned countries from the region and the West to be careful and not enter shortsighted games and not go in the same direction as Al-Qaeda and Daesh," he added, using the Arabic acronym for the Islamic State group.

The comments from Zarif, who is in the Swiss city Lausanne for talks with US Secretary of State John Kerry on Iran's controversial nuclear programme, echoed condemnation of the Saudi-led strikes by officials in Tehran.

Foreign ministry spokeswoman Marzieh Afkham said military action was "a dangerous step" that violated "international responsibilities and national sovereignty." "This aggression will have no result except to spread terrorism and extremism, and increase insecurity throughout the region," she added in a statement, calling for an immediate halt to the strikes.

"The fact that Saudi Arabia has fanned the flames of a new war in the region shows its carelessness," he said, in comments carried by the Fars news agency.

"The smoke of this fire will go into the eyes of Saudi Arabia as war is never limited to one place only.

"We hope this military operation will be halted immediately and the Yemen problem solved through political means." The Huthis and their allies within the armed forces had been closing in on Hadi's last bastion Aden.

Their advance raised fears in Saudi Arabia that the Shiite minority rebels would seize control of the whole of its Sunni-majority neighbour and take it into the orbit of Shiite Iran.

"America, which leads the fire mongering in the region, has supported this act and no doubt Saudi Arabia and some countries in the Arab co-operation council would not get involved without America's permission," he said.

"Having imposed long years of crisis in Iraq, Syria and Afghanistan, America has in practice started another crisis and massacre on the Islamic world and this act is strongly condemned," he added.