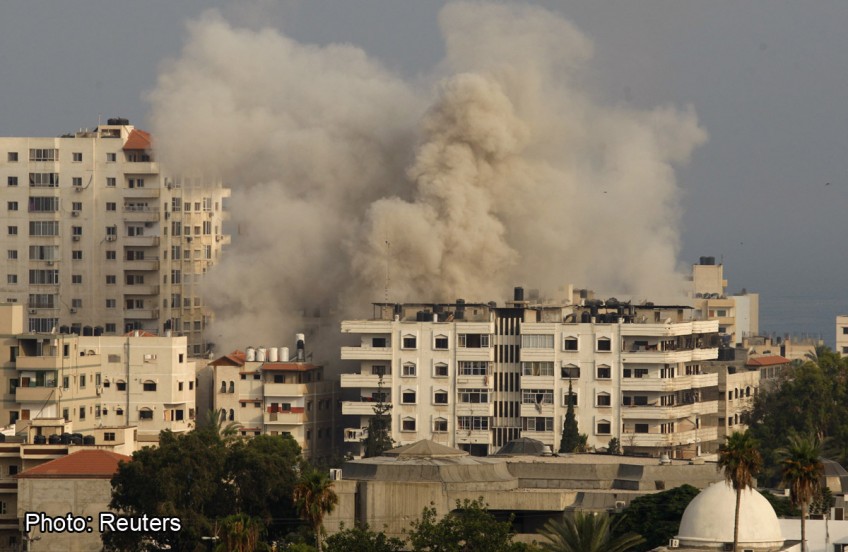 The deaths hike the total Palestinian toll to 583 since the Israeli military launched Operation Protective Edge on July 8 in a bid to stamp out rocket fire from Gaza.

Another person was killed in a strike in nearby Nusseirat, and one more died in the southern city of Khan Yunis.

Many of those killed in the relentless Israeli campaign of shelling and airstrikes in the Gaza Strip have been women and children, medics say. On the Israeli side, 27 soldiers and two civilians have been killed.

World powers have urged Hamas to accept an Egyptian-brokered ceasefire and stop raining rockets into Israel from the Gaza Strip, demands it has so far resisted.

[[nid:125444]]
SUBSCRIBE TO OUR NEWSLETTER
Your daily good stuff - AsiaOne stories delivered straight to your inbox