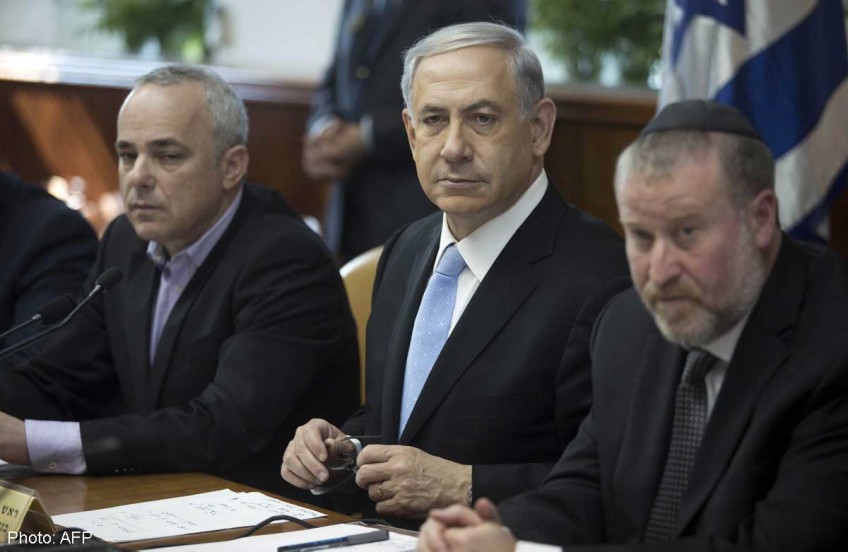 JERUSALEM - Israeli Intelligence Minister Yuval Steinitz flew to France on Sunday to try to sway the next round of talks on a deal over Iran's nuclear programme, his spokesman said.

Steinitz was "on a mission from Prime Minister (Benjamin Netanyahu) for a short visit to Europe in an attempt to influence the details of the emerging agreement on the Iran nuclear issue," a statement from Eyal Basson said.

There have been reports of divisions between the United States and France, both members of the P5+1 group of powers in talks with Iran set to resume on Wednesday or Thursday in Switzerland.

France has expressed scepticism over the speed of a potential deal in which Iran would place its nuclear programme under severe restrictions in exchange for a stage-by-stage lifting of international sanctions.

Basson told AFP that he had travelled to Paris "on a lightning visit", but would not say who he would meet there.

It said that he was accompanied by National Security Adviser Yossi Cohen and intelligence and foreign ministry officials.

Netanyahu, who was elected to a third term this week in a close-fought general election, spoke to the US Congress during his campaign to denounce the agreement under negotiation as a "bad deal".

"That deal will not prevent Iran from developing nuclear weapons," he told the US lawmakers.

"It would all but guarantee that Iran gets those weapons, lots of them."