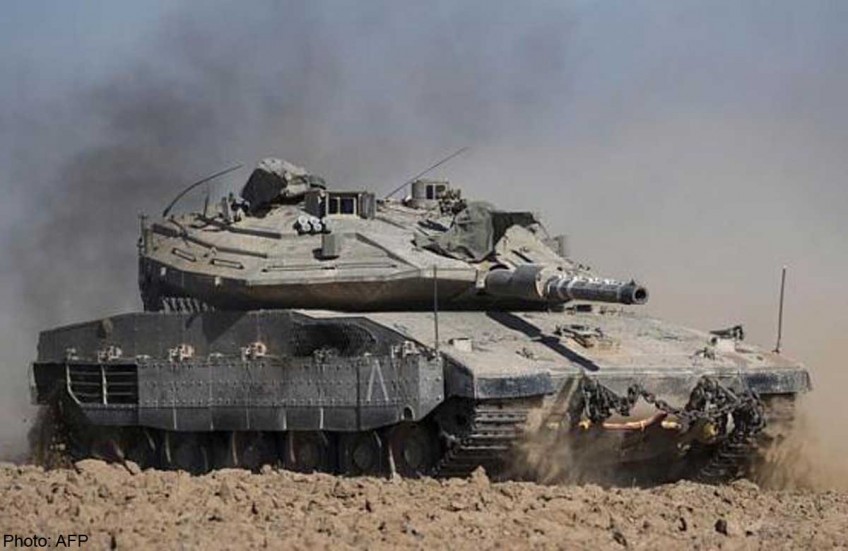 An Israeli Merkava tank rolls near Israel's border with the Gaza Strip on July 17, 2014. Israeli tank fire killed five people in the Gaza Strip, including a five-month-old baby, early on Friday, medics said.

Emergency services spokesman Ashraf al-Qudra announced the deaths as Israel said it was launching a ground operation after 10 days of conflict with the Palestinian Hamas group.

The deaths included a five-month-old baby and a 22-year-old killed in separate incidents of tank shelling in southern Rafah.

Qudra also reported two men killed in tank shelling in northern Beit Hanun, and then an additional death in Rafah.

The five deaths were the first reported after Israel began its ground operation, and raised the overall toll in Gaza since July 8 to 246.

One Israeli has been killed in the violence by rocket fire from Gaza.