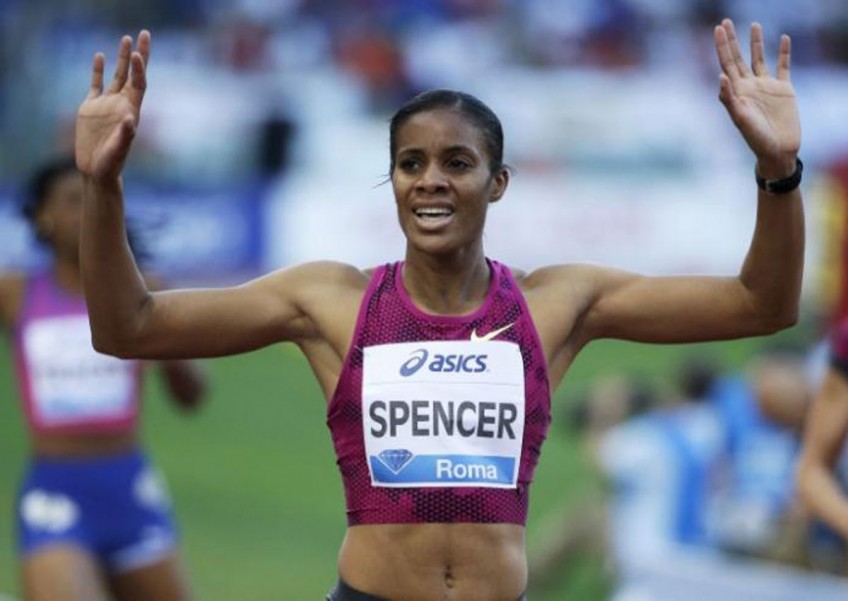 The decision means Spencer, who faced a four-year ban on charges that she refused or evaded a drug test on April 27 2016 at her training base, can resume competing immediately.

The panel decided that the Jamaica Anti-Doping Commission(JADCO), who brought the charges, could not prove that 30-year-old Spencer had been properly notified under World Anti-Doping Agency (WADA) rules that she was required for testing.

Confirmation of the ruling came from attorney Kent Gammon, who chaired the three-member anti-doping panel which conducted a two-day hearing in May at the Jamaica Conference Centre.

"The decision that we arrived at today was that we were not persuaded that the athlete Miss Spencer had committed a breach of Article 2.3, in particular of the anti-doping disciplinary commission rules," Gammon told Reuters.

"The deciding factor was the equivocation that the athlete was properly notified as to the anti-doping violation and the non-compliance of Rule 5.0 of the international standards for testing of WADA (World Anti-Doping Agency)," he added.

The decision means the 2009 world championship mile relay silver medallist can compete in Jamaica's National Senior Championship (June 22-25), which will be used to select the Caribbean island's team for the Aug. 4-13 worlds in London.

Spencer, who was represented by American Paul Greene, had denied the charges.

"I'm elated for Kaliese. This has been a very trying three months for her," Greene told Reuters via telephone.

"I think it's absolutely ridiculous that they (JADCO) actually brought this case... and hopefully next time they'll think twice before bringing a case without evidence," he added.