After the announcement of the birth of "genome-edited babies" in China last year, calls have grown for Japan to pass a law banning the practice, with punishments for offenders.

State guidelines on research already prohibit the gestation or delivery of embryos that have been genetically modified, though it is not regulated in places such as private clinics.

Many countries in Europe and elsewhere have laws banning the practice. 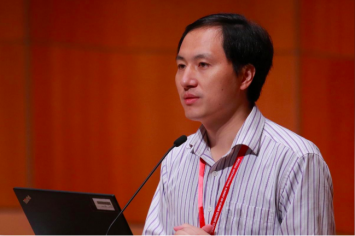 A university researcher from China announced last November that twin girls had been born from embryos that were genetically modified to prevent HIV infection.

Specialists in Japan have worried that the exisiting guidelines regulating research may not prevent something similar from happening here.

Other genes may be modified in the process of editing an embryo's genome, which could impact not only that individual but be passed down to his or her descendants.

There are also worries the practice could lead to "designer babies," in which parents can choose the external and other characteristics they want their offspring to have.

In response to the incident in China, the World Health Organisation established an expert panel to study international rules governing the clinical application of genome-editing technology in embryos.

The Japanese government has said it intends to act in line with this effort.