Japanese fans praised for cleaning up after World Cup match 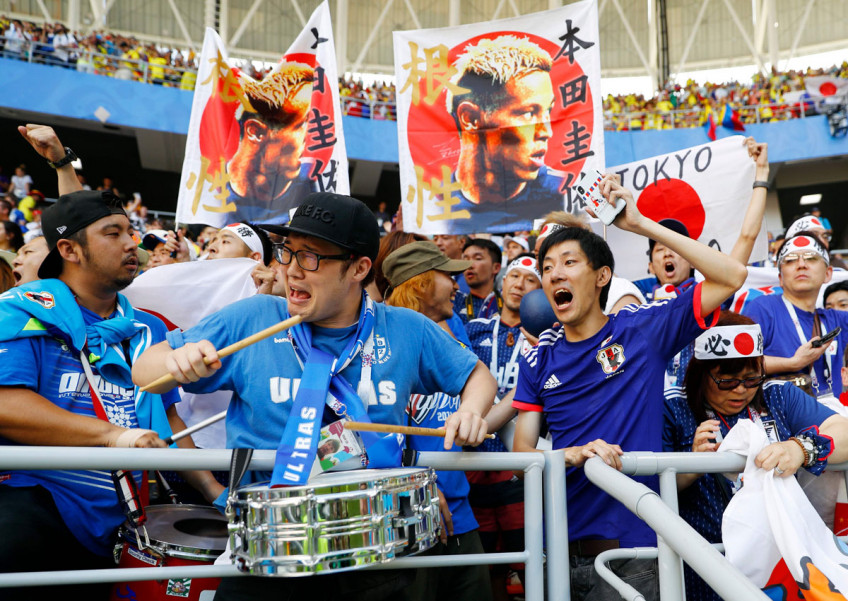 The Japanese have set social media abuzz, as fans of the nation's team were seen picking up their own rubbish after defeating Colombia 2-1 in the first group stage match of the 2018 World Cup on Tuesday (June 19).

The camera then focuses on a Japanese man carrying a blue waste bag. Subsequently, fellow Japanese fans were seen picking up rubbish at their seating area and dumping them into the blue waste bags.

"They do it regardless of a match result," she said.

However, macaroni_O proved that the Colombian fans were also civic-conscious, as they also cleaned up their part of the stadium.

The photo macaroni_O posted which was published by asahi_photo showed two men decked out in yellow jerseys wearing the Colombian sombrero posing for photographs while carrying blue waste bags filled with trash.

This is not the first time the Japanese have cleaned up after themselves.

Back in the 2014 World Cup in Brazil, fans stayed back after the match to pick up their own trash, despite the Japanese team losing 2-1 to the Ivory Coast.

The act went viral on social media, with many praising the Japanese for their cleanliness.