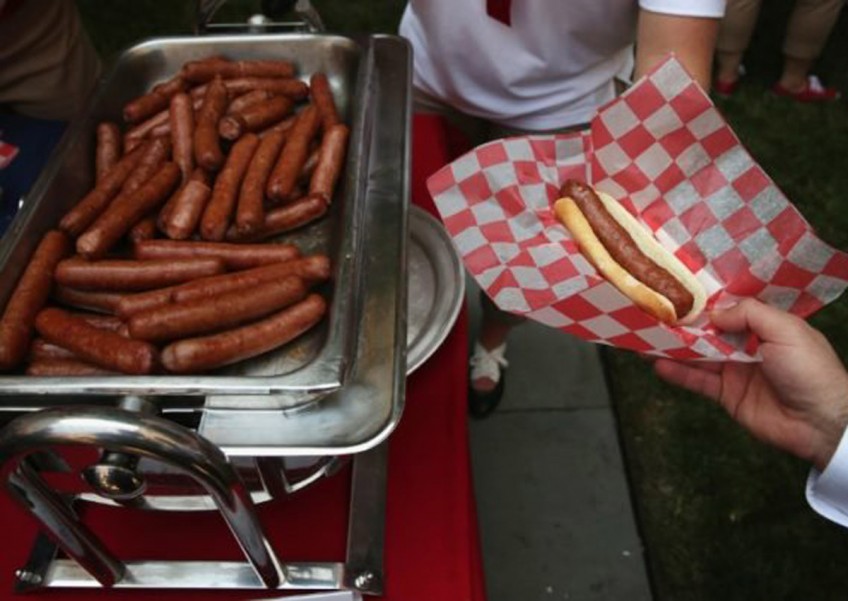 Conditioning is key for pushing the body to its limit, the 33-year-old Californian says.

He certainly stretched that limit on Tuesday, downing 72 hot dogs and buns in 10 minutes at the annual wiener-eating contest on New York's Coney Island, a tradition that marks every Independence Day holiday in the United States.

Chestnut won the competition for the 10th time and improved on the speed-eating tally he posted last summer.

In the 2016 edition of the eat-fest at the Nathan's Famous beachside hot dog stand - it began way back in 1916 - Chestnut wolfed down 70 hot dogs and buns in 10 minutes to win the title.

His personal record - and the world record - is 73.5 dogs and buns in 10 minutes, but that came during a qualifying round rather than an actual contest.

After Tuesday's victory, organizer George Shea praised Chestnut as if he were a warrior returning from a distant battlefield.

"He is an American hero. He stands as a representative of freedom, of the American ideal," said Shea to the 30,000 people who turned out to watch the competition.

Chestnut spoke of himself in more measured language.

"I am just a goofy dude who likes to eat. I am a lucky guy, to travel around the world and eat and make people smile," he told reporters.

And Chestnut - who began eating competitively in 2005 in an asparagus-munching contest - does in fact want to get better for next year.

"I need to work on my condition so I don't sweat as much, because it slowed me down. I'll figure it out. I'll make my body work better. I have to figure out my body so I can push it to the absolute limit," said Chestnut.

America is famously fat, with obesity affected some one in three adults. So the hot dog contest is perhaps not a great example of healthy habits.

Nor is it easy to watch.

The rules allow the 18 competitors to soak their hot dogs and buns in water to make them easier to choke them down. Using their fingers, they slammed the frankfurters back into their mouths and leaned their heads back to help the food ooze its way south.

Besides the 30,000 on hand to watch the event, many more took in the spectacle on TV. Sports network ESPN carried it live for the 11th straight year.

The event is overseen by a federation called Major League Eating, which holds about 80 such competitions each year in a season that runs from February to September.

There are separate bouts for men and women.