A woman in Washington slashed her boyfriend several times with a katana in the early hours of March 3, alleging he was cheating on her. She also blamed his addiction to a video game.

Alex Lovell attained multiple injuries in parts of his body. He is recovering in a hospital, The Oregonian Live first reported on March 7.

In an interview with the police, Lovell's girlfriend, Emily Javier, claimed that he was unfaithful to her when she saw his phone having a Tinder dating app. She added that his addiction to a particular video game, "PlayerUnknown's Battlegrounds," also prompted her to commit the act.

Although he admitted that he still plays the game for 12 to 13 hours, Lovell said that he has since deleted the dating app. He told The Oregon Live on Wednesday, "I barely had time to hang out with my girlfriend, let alone another girl."

When asked about her allegations, he was quoted in the report: "Basically, she was delusional." 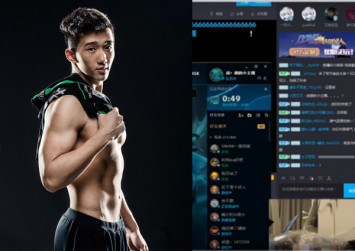 Believing that he was cheating on her, coupled with the lack of attention she got, she told police that she bought a katana in the mall.

Javier slashed Lovell as he was sleeping. To defend himself, he got her into a bear hug. He said, "I told her I loved her, and she was killing me. She needed to call police, or I was going to die."

Police then arrived on the scene when they got a call from a woman believed to be Javier. Lovell was rushed to the hospital, and is anticipating a long road to recovery, possibly six months.

Even though Javier tried to kill him, Lovell said, "She called the authorities and saved my life, I hope that counts for something." He added, "It's a bit complicated. Regardless, I assume she needs some serious help."