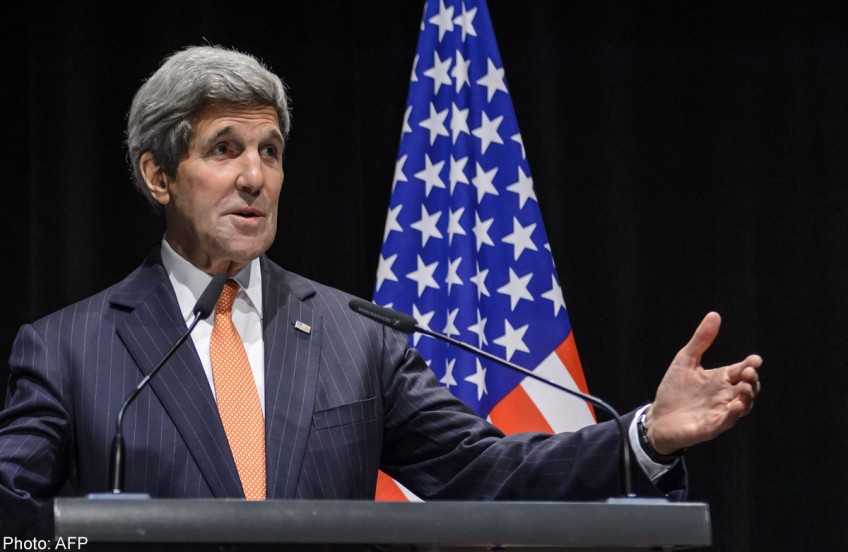 LAUSANNE - US Secretary of State John Kerry said Saturday that world powers were "united" in their nuclear talks with Iran, amid speculation of splits with France, and stressed that he would not rush into a bad deal.

"I emphasise: We are united in our goal, our approach, our resolve and our determination to ensure that Iran's programme is entirely peaceful," Kerry said in Switzerland before leaving for London for talks with his British, French and German counterparts.

France has expressed scepticism over the speed of a potential deal in which Iran would place its controversial nuclear programme under severe restrictions in exchange for a stage-by-stage lifting of international sanctions.

Kerry sought to reassure that Washington was not trying to pressure partners into an agreement, saying "we have worked long and hard to achieve an agreement that resolves concerns on Iran's programme."

He said Iran still has to do more to prove that it would abide by a deal and that "important gaps remain".

"The stakes are high and the issues are complicated and all interrelated. Once again let me also be clear. We do not want just any deal. If we had, we should have announced something a long time ago and clearly since the joint plan of action was agreed we're not rushing," he said.

"This has been a two and a half year more process, but we recognise that fundamental decisions have to be made now, and they don't get any easier as time goes by. It's time to make hard decisions."

The complex deal on the table, due to be finalised by July, is aimed at convincing the world that Iran will not build nuclear weapons under the guise of its ongoing civilian programme.

In exchange, Iran - which denies wanting nuclear weapons - would get relief from the mountain of painful sanctions that have strangled its oil exports and hammered its economy.

President Barack Obama's Republican opponents and Israel's re-elected Prime Minister Benjamin Netanyahu, whose country is assumed to possess nuclear weapons itself, fear the deal will not do enough to stop Iran getting the bomb. Iran insists that it has no plans to build a nuclear weapon, only to develop civilian power capabilities.