CHICAGO - Las Vegas gunman Stephen Paddock had booked a hotel room in Chicago during the hugely-popular Lollapalooza music festival, it emerged Thursday, raising the prospect he had been planning a large-scale attack for months.

The Blackstone hotel, with rooms facing a downtown city park where the festival was held, said a man of the same name had a reservation there in August - just as hundreds of thousands were attending the four-day outdoor concert series, including Malia Obama, daughter of the former president.

Paddock did not check in for his reservation, she said.

US media, citing multiple anonymous law enforcement sources, reported that searches of the Las Vegas gunman's communications and electronic equipment found that he had scouted locations in both Chicago and Boston.

NBC News reported that he had specifically researched the Lollapalooza festival.

He had also conducted internet searches for the Fenway Park baseball stadium and the Boston Center for the Arts, a small performance venue, the Boston Globe newspaper reported. 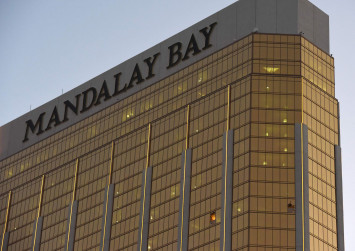 The revelations raised the chilling prospect that Paddock had been planning an attack for at least two months before he launched Sunday's assault on a country music festival in Las Vegas, raining bullets on the crowd from a nearby hotel tower.

The Chicago hotel's proximity to the outdoor concert stadium suggested a similar scenario to the Las Vegas mass shooting, which killed 58 and injured almost 500.

The apparent Chicago connection prompted officials to beef up security for a weekend marathon in which more than one million spectators and some 40,000 participants were expected.

"We are constantly revising and asking fundamental questions," said Mayor Rahm Emanuel, adding that the marathon would proceed as planned.

The police department added more than 1,000 officers to its weekend security deployment.

Read Also
10 minutes of carnage: a timeline of the Las Vegas shooting 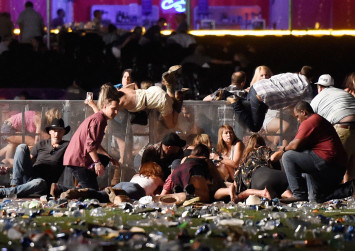 Authorities have been at a loss as to why and how Paddock - a 64-year-old gambler and retired accountant with no criminal history - hauled a vast arsenal of weapons to a Las Vegas hotel and launched an assault, before taking his own life.

Las Vegas Sheriff Joseph Lombardo said the scale of the preparations - including weapons, ammunition and electronics he stockpiled - raise questions about Paddock potentially having had an accomplice, but none has been identified.

The historic Blackstone has housed heads of state including former president Jimmy Carter, and artists such as Nat King Cole and Rudolph Valentino.

One side of the hotel faces Grant Park, an expansive space where the Lollapalooza festival was held.