Lawmakers urge Britain to re-arm in response to Russia 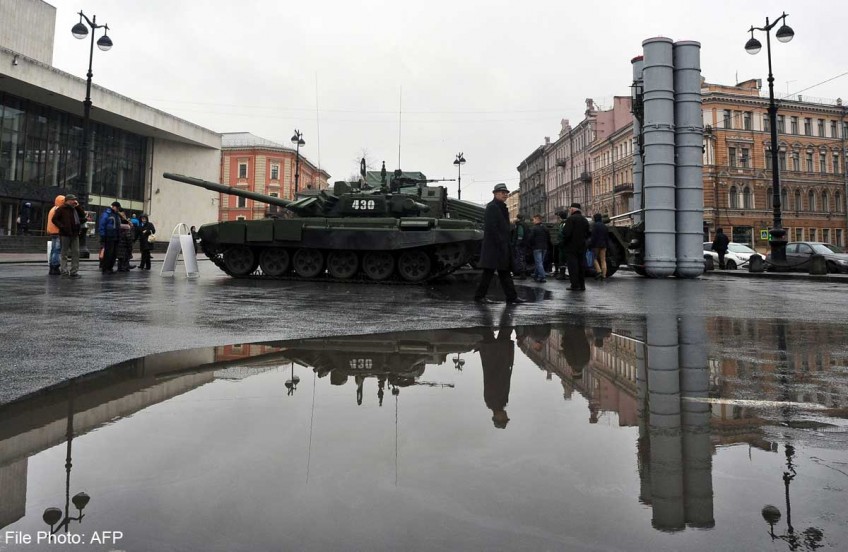 LONDON - Britain must urgently rebuild defence capabilities abandoned after the Cold War to face growing global threats, including from Russia, a committee of lawmakers warned on Tuesday.

The Commons Defence Committee, which examines the spending and policy of the defence ministry, said nuclear capacity, tanks, warships and aircrafts were needed to deter Russian President Vladimir Putin.

"The world is more dangerous and unstable than at any time since the end of the Cold War," the report said, referring to Russia's annexation of Crimea and seizure of territory by Islamic State and Boko Haram militants.

"But the UK's current defence assumptions are not sufficient for this changed environment... The UK must rebuild its conventional capacities eroded since the Cold War."

The report comes as a truce between pro-Russian rebels and Ukrainian forces was tested in east Ukraine, in a conflict that has damaged relations between Russia and the West and has claimed 6,000 lives since April.

The committee said it would be necessary for Britain to stick to its NATO commitment to spend two per cent of GDP on defence, but that this would "not be sufficient".

"It is vital to rethink the fundamental assumptions of our defence planning, if we are to help arrest the descent into chaos, which threatens to spread from the Western Mediterranean to the Black Sea," the report said.

It pointed out weaknesses in NATO's defence, saying that Russia could deploy 150,000 troops in 72 hours, while it would take NATO six months to do so.

NATO's newly announced "very high readiness joint taskforce" could deploy 5,000 troops in 48 hours, but would not be ready until 2016, the report said.

The report said it was difficult to mobilise "critical mass" in the air as Britain's Royal Air Force had been cut to seven squadrons from 33, while the Royal Navy's frigates and destroyers fleet had more than halved since 1990.

However, Defence Secretary Michael Fallon dismissed the report, saying the Conservative-led government of David Cameron had plugged a "black hole" in the defence budget.

"The UK has the second largest defence budget in NATO and the largest in the EU," Fallon said.

"We are the US's largest partner in the coalition air effort against Isil (Islamic State) - bearing more of the load in terms of strikes in Iraq than we played in either of the Gulf wars."