At least 2,400 migrants to cross into Slovenia from Croatia 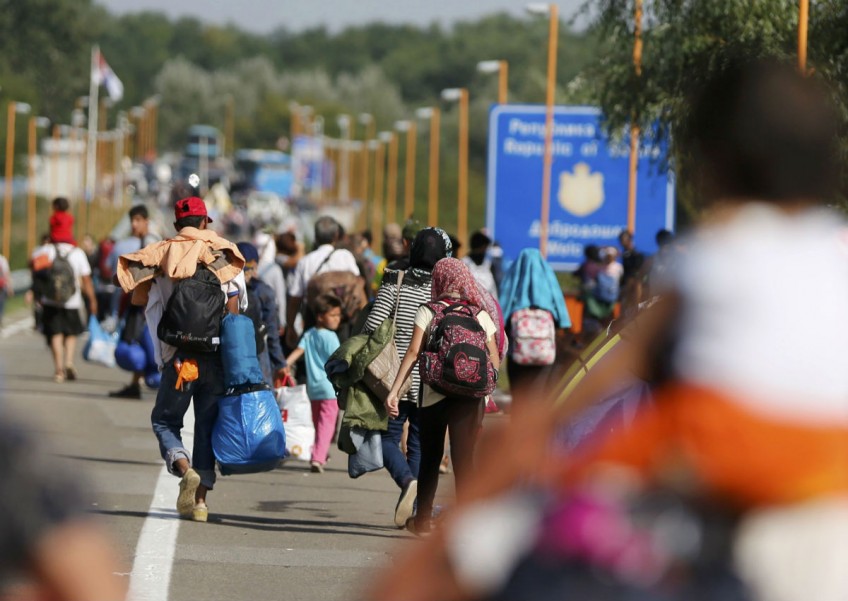 PETISOVCI, Slovenia - Croatia said it expected to transport at least 2,400 migrants to its frontier with Slovenia on Saturday after Hungary closed its border overnight, forcing thousands to seek new routes to northern Europe.

Many have spent weeks trekking up through Greece and Macedonia before crossing Serbia to reach the Croatian border.

"The situation with the influx of migrants from Serbia and their transport to Slovenia is slowly normalising," Ostojic told Croatian media.

The UN refugee agency (UNHCR) confirmed the numbers, saying 300 migrants had been brought to Petisovci while another 300 were taken to Gruskovje.

"They are being registered by police and then taken to a refugee camp in Sentilj, close to the Austrian border," UNHCR spokeswoman Caroline van Buren told AFP at the Petisovci checkpoint.

"For now (the procedure) is running really smoothly. Unlike other countries, Slovenia had time to prepare... It's not perfect, but things are moving." A majority of the migrants were from Syria, Iraq and Afghanistan, van Buren added.

"They are fleeing from war... They are literally running for their lives," she said.

Croatian railway authorities said a train carrying 1,800 migrants had left the border area and was due to arrive in the northern town of Cakovek on the Slovenian frontier at 1430 GMT.

The Croatian government has said it will continue to ferry migrants across the country by bus and train as long as Slovenia and Germany kept their borders open.

"Slovenia will not close its border unless Germany closes its border, in that case Croatia will have to do the same," Foreign Minister Vesna Pusic warned Friday, saying the country would have "no alternative".

The numbers expected to arrive would be a first for Slovenia which only saw around 3,500 migrants arrive over past month after it reinforced border controls in mid-September.

[[nid:228813]]
SUBSCRIBE TO OUR NEWSLETTER
Your daily good stuff - AsiaOne stories delivered straight to your inbox