At least 72 Germans among dead in Alps crash: Germanwings 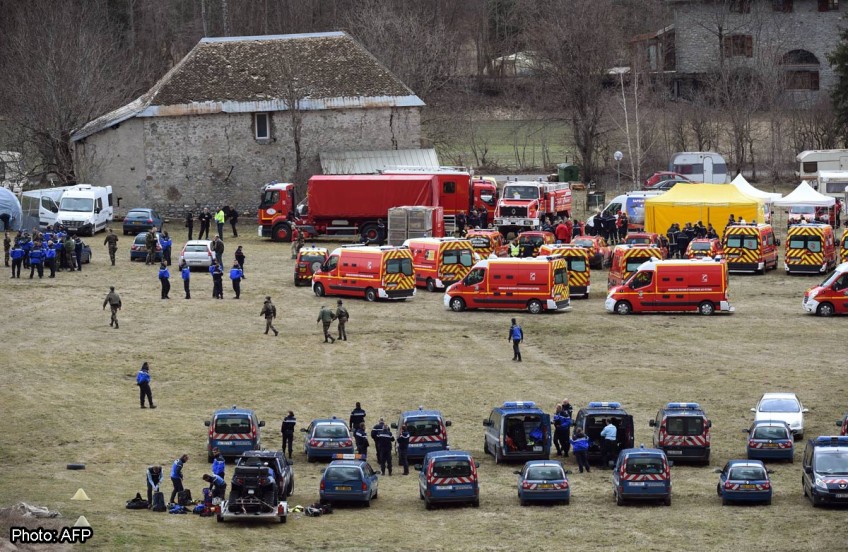 French emergency services workers (back) and members of the French gendarmerie gather in Seyne, south-eastern France, on March 24, 2015, near the site where a Germanwings Airbus A320 crashed in the French Alps.

BERLIN - Budget airline Germanwings said Wednesday there were at least 72 Germans on its plane that crashed in the French Alps, killing all 150 people aboard.

Company executive Thomas Winkelmann estimated there had been 35 Spanish victims, a figure far lower than the 49 cited by the Spanish government.

Winkelmann said that Germanwings was still working on establishing the nationalities of all the victims, a task complicated by the fact that some passengers had dual nationality.

As of 1000 GMT Wednesday, the airline had counted two victims each from Australia, Argentina, Iran, Venezuela and the United States.

Britain, the Netherlands, Colombia, Mexico, Japan, Denmark, Belgium and Israel each lost at least one of their nationals, Winkelmann said.

The airline said it had established contact with the families of 123 victims and offered grief counselling to them and was working with the German foreign ministry to reach the last 27.

"Taking care of the victims' loved ones is our top priority," Winkelmann told reporters.