In a letter to UK PM May, Scotland's leader demands independence vote 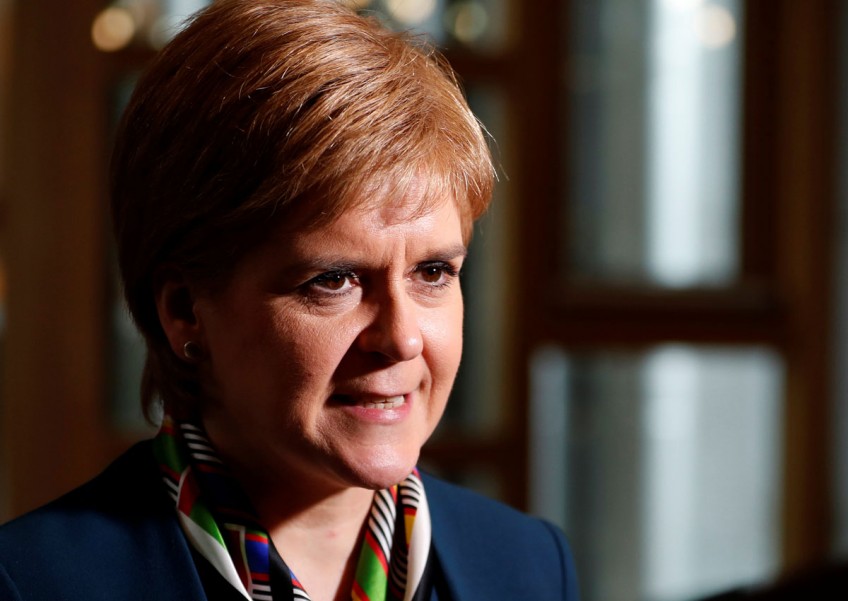 LONDON - Scottish First Minister Nicola Sturgeon has written to Prime Minister Theresa May formally demanding that she allow a second referendum to be held on Scottish independence ahead of the United Kingdom's exit from the European Union.

The results of the June Brexit referendum called the country's future into question because England and Wales voted to leave the EU but Scotland and Northern Ireland voted to stay.

Scotland's devolved parliament on Tuesday voted to hold a referendum on secession in 2018 or 2019, but the UK government in Westminster must give its approval before any such poll can he held.

Having gained the mandate from the Scottish Assembly, Sturgeon has penned a letter to May to formally request she begins talks on facilitating the vote, something the UK government has already said it would reject.

On its Twitter website, the Scottish government printed a picture of Sturgeon in a relaxed pose on a sofa with the message: "First Minister Nicola Sturgeon in Bute House, Edinburgh, working on final draft of Section 30 letter to Prime Minister Theresa May." A Section 30 order is the formal mechanism by which the UK government would temporarily hand power to the Scottish Assembly to organise a referendum. Media said the letter would be delivered to May later on Friday.

Scots rejected independence in a 2014 vote by 55 to 45 per cent, but Sturgeon says circumstances have changed since then because while the UK as a whole voted for Brexit, Scots strongly backed remaining in the EU.

May has said it was not the right time for another referendum as the complex two-year divorce talks between the UK, the world's fifth-largest economy, and its 27 EU partners get underway.

The picture of Sturgeon came just two days after a similar photograph of May was issued showing her signing the letter which formally announced Britain's intent to leave the bloc.