The life or death question: Who gets the Covid-19 vaccine?

The Covid-19 pandemic and its devastating impact on human health and way of life has driven the global search for a vaccine like few diseases in living memory.

As the United States, China and the European Union pump billions of dollars into the research effort, and with some vaccine candidates showing promise in early results out last week, the next question becomes more pressing: If a vaccine is developed, who will get it?

The assembly adopted a Covid-19 resolution, calling for special treatment of patents to ensure “universal, timely and equitable access” to vaccines and drugs.

The US was not happy with the language linked to patents because it “sends the wrong message to innovators”, the US mission in Geneva said on Tuesday in a statement.

The resolution references World Trade Organisation (WTO) rules that allow governments to authorise the use of patented information without the patent holder’s permission during public health crises, for example to produce generic drugs or vaccines.

This conflict between ownership and access in global public health is not new, but with a deadly pandemic reaching into all populated corners of the world and no cure yet available, the issue and related concerns about manufacturing and distribution are becoming contentious. And lives are at stake.

Experts warn that the current drug development structure combined with signs of protectionism and nationalism that have characterised the pandemic thus far, send worrying signals about what vaccine distribution will look like in the near future.

While access and affordability of drugs have long been a problem in developing nations, “now every country is confronted by this problem”, said Deborah Gleeson, a senior lecturer in the School of Psychology and Public Health at La Trobe University, Australia, who researches the impact of international trade agreements on public health.

All countries were “in the position of needing rapid access to new inventions that could be priced highly or restricted in terms of ability to scale up access quickly”, she said.

There is already a broad push in the United Nations to characterise vaccines, drugs and diagnostics for Covid-19 as “global public goods”.

A coalition of more than 140 world leaders and experts on May 14 issued an open letter calling on all governments to unite behind a “people’s vaccine”, produced rapidly at scale and made available “for all people, in all countries, free of charge”.

Addressing the WHA, Chinese President Xi Jinping assured world leaders that vaccine development and deployment in China “will be made a global public good”. The country has five vaccine candidates in human trials, officials have said.

But other statements have leaned towards vaccine nationalism, as opposed to a strategic global distribution that could prioritise frontline medical workers or other at-risk populations.

The US Department of Health and Human Services on Thursday said it would give as much as US$1.2 billion (S$1.7 billion) to British drug maker AstraZeneca towards the development of a Covid-19 vaccine, which would also secure 300 million doses of the drug for the US.

Last month, the chief executive of the Serum Institute of India, the world’s largest maker of vaccines by volume, told Reuters that “a majority” of a vaccine candidate developed in Britain that it planned to produce would initially “go to our countrymen before it goes abroad”. 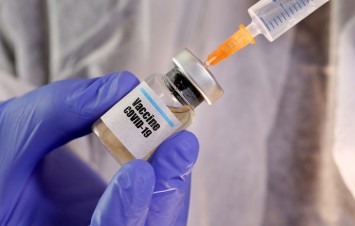 French drug company Sanofi on May 15 walked back comments its chief executive made to Bloomberg News, in which he said that American investment could mean the US got vaccine doses first.

French Prime Minister Edouard Philippe tweeted in response that he had been assured of Sanofi vaccine distribution in France, but also said “equal access to the vaccine for all is not negotiable”.

But despite calls for “access and equitable distribution”, experts say that the reality of how this would be done is fuzzy at best.

“What these words mean we still don’t know. We have not made progress from a legal perspective on filling out the concept,” said Ana Santos Rutschman, an assistant professor at the Centre for Health Law Studies at Saint Louis University, who consulted for the WHO on Ebola and Zika vaccine development.

“The pandemic is not the best time in the history of the world to come up with the playbook, but we did not develop one before the pandemic, so now negotiations have to happen under very suboptimal circumstances,” she said.

While the US has long opposed the use of allowances within the WTO framework that enable governments to take over patent rights in health crises, US companies will typically use other measures to promote affordable access to vaccines and medications, according to Thomas Bollyky, director of the global health programme at the New York-based Council on Foreign Relations.

Those could include differential pricing or voluntary licensing agreements allowing for the production of generics around the world, he said.

“Given the context of the pandemic, I don’t think [US] companies want to find themselves on the wrong side of an access to medicines debate,” Bollyky said.

When it comes to who will get early access to vaccines, “production is likely to be limited initially, so the most powerful and wealthy countries are likely to be first in”, according to Raina MacIntyre, head of the biosecurity programme at the University of New South Wales’ Kirby Institute in Australia. 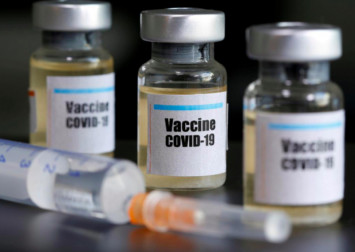 Bollyky pointed to another risk: The export restrictions countries issued to guard their medical supplies during the pandemic could be applied to future vaccines.

The WHA resolution addressed this by recommending that restrictions on the movement of medicines were “temporary”, but offered no specific definition of what that meant.

“This is something we need to be extremely concerned about,” he said.

Global public health specialist and doctor Swee Kheng Khor is involved in an initiative co-sponsored by the Malaysian Health Coalition calling for pharmaceutical firms to ensure that middle-income countries have access to drugs and vaccines produced via voluntary licensing agreements between the companies and generics manufacturers.

He said the world should take advantage of the time before vaccines were approved to find answers for equitable distribution. He said questions included: “who gets the first doses and why?” and “who makes these decisions?”