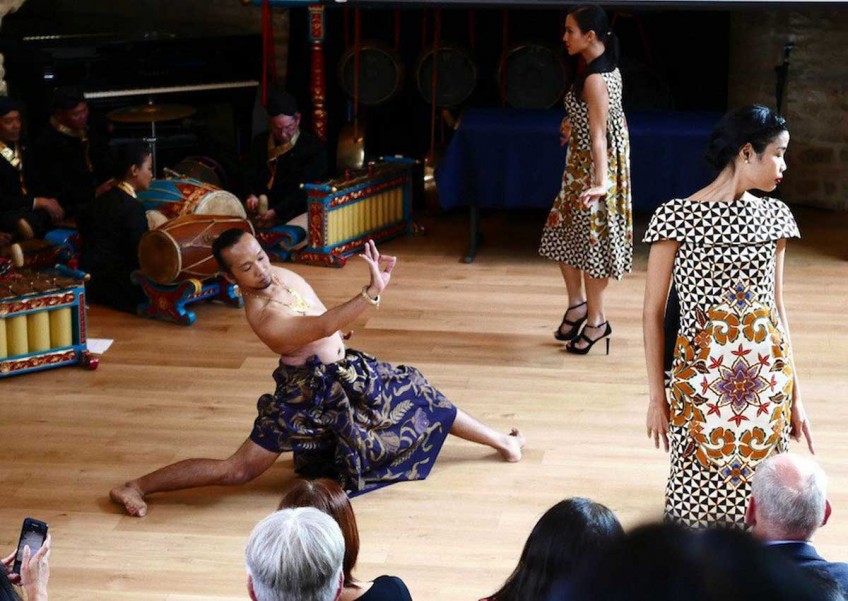 At Oxford, the Indonesian delegation shared knowledge about the country’s heritage through a presentation as well as fashion shows and live performances.
The Jakarta Post/ANN

A gala dinner hosted by Indonesia that was supposed to take place at the Victoria and Albert Museum in London, the United Kingdom, on Saturday, has been cancelled following the recent act of terrorism that struck the city.

Prominent Indonesian artists, designers and musicians were expected to showcase their work at the dinner, part of a business-to-business programme titled "Indonesia Regal Heritage".

Around 250 high-profile guests were said to have been invited to the event.

Fourteen-year-old Faye Simanjuntak who founded Rumah Faye, a foundation that focuses on helping child trafficking victims, was also supposed to give a speech at the dinner.

"In light of the recent terror attack in London, [event organizer] Gapura Ltd and Indonesia Regal Heritage team believes it is best to prioritize safety. After careful consideration and a collective decision, we regretfully have to cancel the event," read an official statement received by The Jakarta Post in London on Monday.

The programme's two other events, an art seminar at Oxford University's Corpus Christi College in Oxford and a business forum at the Hilton on Park Lane in London, went ahead as planned on Friday and Monday, respectively.

At Oxford, the Indonesian delegation shared knowledge about the country's heritage through a presentation as well as fashion shows and live performances.

Atilah and her dance drama team were the last to perform at the university and were particularly spellbinding. They received a standing ovation from the audience.

Atilah told the Post in London that she considered events such as gala dinners a good way to promote Indonesia's art and culture. She said she plans to hold one herself in London.

"Hopefully we can do it within the year," she added.