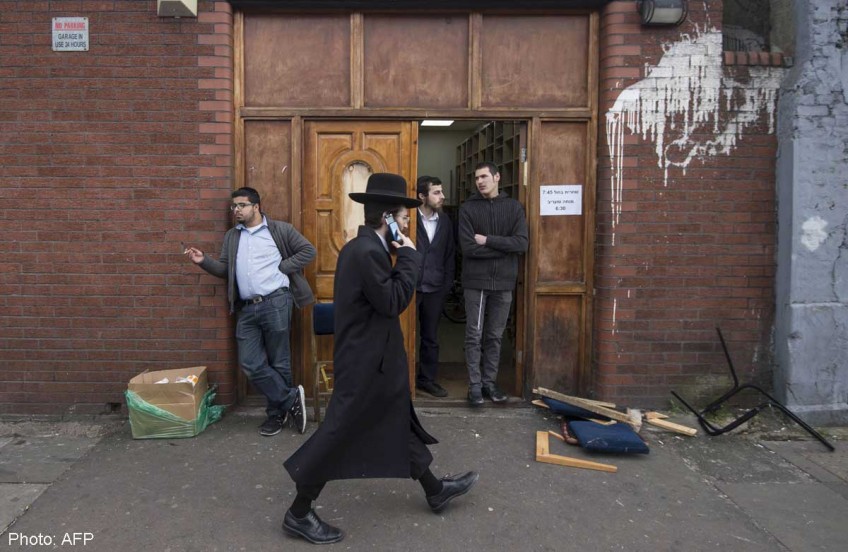 LONDON - British police arrested four men and two women after they tried to force their way into a synagogue in Stamford Hill in north London in the early hours of Sunday morning.

The gang was seen damaging property and shouting abuse in video footage posted on YouTube.

Police said one worshipper sustained minor facial injuries when he tried to prevent the group entering the building.

"The incident is being treated as an anti-Semitic incident, due to remarks made by one of the group," London's Metropolitan police said in a statement.

"At this early stage, there is no suggestion that this was a far-right or extremist attack but rather the completely unacceptable actions of a drunken group."

Police said the people involved were drunk, and they were believed to have walked to the area from a house party nearby.

They said they would step up patrols to provide reassurance to the local community.

Stamford Hill is home to one of the largest Orthodox Jewish communities in Europe, with about 30,000 Hasidic Jews living in the area.