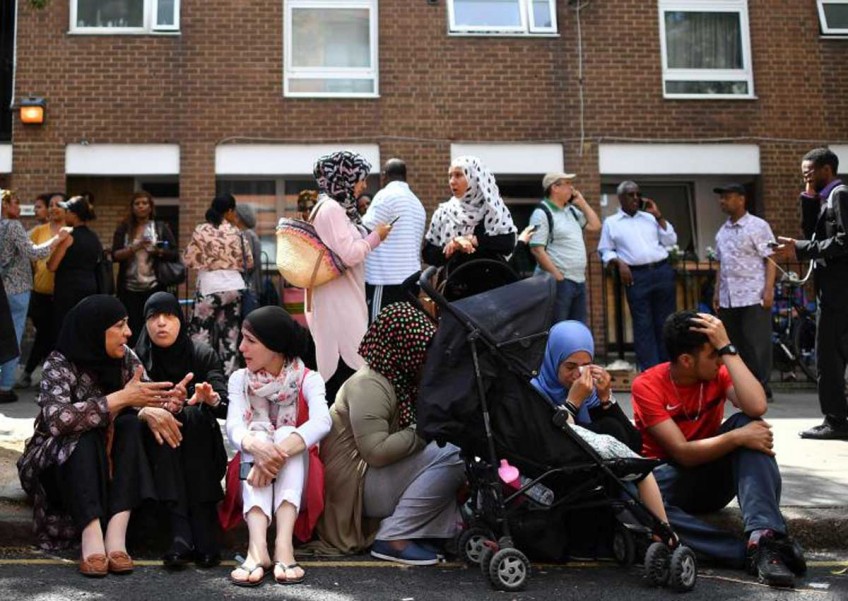 The Grenfell building fire has struck many demoralized Londoners with despair, being the next tragedy after the recent terrorist attack.

But similar to past attacks, the aftermath has consistently shown overwhelming support for the victims, their families, and communities.

If it wasn't for Grenfell's Muslim residents who were awake in the early hours of Wednesday (June 14) observing Ramadan, the deadly fire may have unfurled to more of the 24-storey tower injuring a larger number of residents.

Taking more than 200 firefighters to battle the vicious fire, a local woman outside the block reported that more people would have died had it not been for the Muslim boys who were running from door to door, banging and yelling at residents to vacate the blazed area, in the absence of fire alarms, reported Huffington Post UK.

"They were the first people with bags of water, giving to people and helping people - running and telling people," she said in a Stuff.co.nz report.

According to Daily Mail, Adele made an appearance at Grenfell Tower on Wednesday evening, a few hours after the fire demolished the building, killing and injuring residents.

She was seen at the vigil to support victims and survivors of the fire attack, as many Twitter users shared images of the singer hugging and comforting others in distraught.

Being away from home during the terror attacks and feeling helpless, unable to be with her friends and family in the trying time, the Tottenham-native made sure to offer her support and share her light with those in need.

Both local stars and residents have been taking action to help the 2,000 people left homeless from the Grenfell Tower fire.

Tommy Mallett, who runs a successful fashion brand, donated 15 boxes of clothes and shoes to a local mosque.

"Tommy was horrified, just like everyone was, when he saw the sad news. He decided to shut up shop and get his staff to help him load up a van packed with boxes of clothes and shoes from his shop." reported The Sun Online.

Well-known personalities Jamie Oliver, Jeremy Clarkson, Tamara Ecclestone and Aisleyne Horgan-Wallace are only some among many that are lending their hand to Grenfell victims.

Local residents too are doing their bit by organising clothes drives and emergency housing.

Twitter users have posted videos of locals assembling stacks of clothes, rows of shoes, unpacking boxes and transporting bags of resources to those in need.

A baby is thrown from ninth floor, saved by man

Frantic, fervent and desperate, a woman threw her baby from a ninth floor window after gesturing for someone to catch her child.

Samira Lamrani, who saw the ordeal, told London's Evening Standard Newspaper, "People were starting to appear at the windows, frantically banging and screaming."

"The windows were slightly ajar, a woman was gesturing that she was about to throw her baby and if somebody could catch her baby," said Lamrani.

Fortunately, a gentleman noticed the frightening situation, and managed to catch the baby safely.

After multiple tragic events in just the past few weeks, seeing communities still coming together to help one another rather than allowing the fear to infiltrate and divide us divulges a hopeful message that love really does conquer all.