A mother in Louisiana, United States, faces charges after she threw her three-week-old infant at her partner's feet, causing a fractured skull.

Twenty four-year-old Heidy Rios first had a heated argument with her boyfriend, the baby's father. She then grabbed and threw the baby at his feet while shouting "Take your f****** son," The Times-Picayune reported.

Rios' boyfriend rushed the baby to the local children's hospital, where doctors found that the child had suffered a fracture on his right temporal bone, at the skull. No major injuries have been found on the infant. 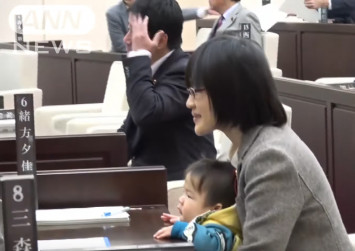 The doctors then called local authorities to investigate the incident.

When Rios was questioned by authorities, she denied that she ever held the baby during the argument. She added that she did not know her child was hurt.

The mother later changed her story and admitted that she "may have dropped the child" after a witness came forward and gave a statement to investigators.

The sheriff's office has charged Rios with cruelty on a juvenile. She was arrested Friday last week, and as of Tuesday, has been held under custody without bond.