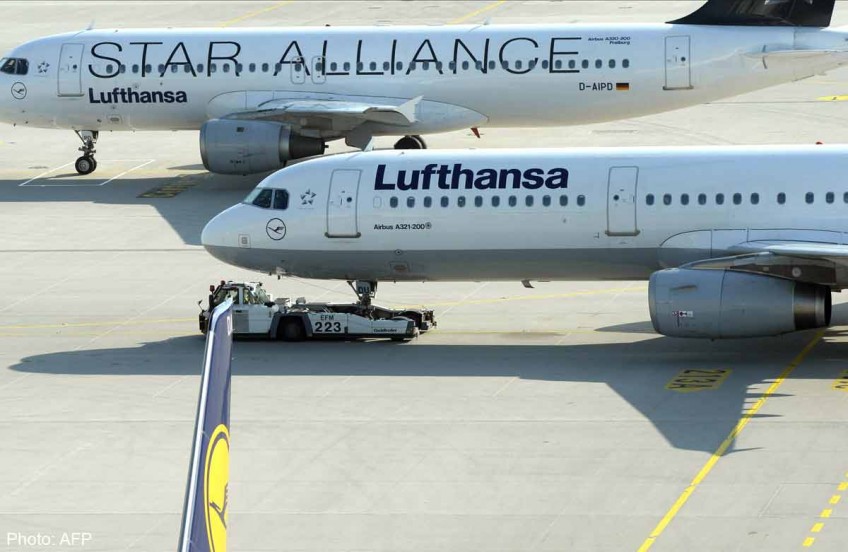 Aircrafts of German airline Lufthansa stand at the tarmac of the Franz-Josef-Strauss-Airport during a strike of pilots.

FRANKFURT - Lufthansa pilots began a third straight day of walkouts on Friday, grounding 700 flights as they try to put pressure on management in a protracted row over early retirement benefits and cost cuts.

Lufthansa wants to cut spending to levels nearer those of its rivals as it is squeezed by budget carriers Ryanair and easyJet on European routes and by airlines such as Turkish and Emirates on long-haul flights.

The strike forced Lufthansa to cancel 700 short- and medium-haul flights on Friday, equivalent to about half the scheduled flights at its flagship carrier and affecting 84,000 passengers. It is scrapping another 90 flights on Friday because of a separate strike by Italian air traffic controllers.

Union Vereinigung Cockpit (VC) also announced plans late on Thursday to extend walkouts to a fourth day, calling on pilots to strike on lucrative long-haul and cargo flights on Saturday.

The airline's row with pilots involves early retirement benefits that VC wants to keep but which Lufthansa wants to change for new starters.

The pilots also want Lufthansa to enter joint mediation on other outstanding issues, such as pay and bringing costs down on flights to tourist destinations. Lufthansa has rejected the demand.