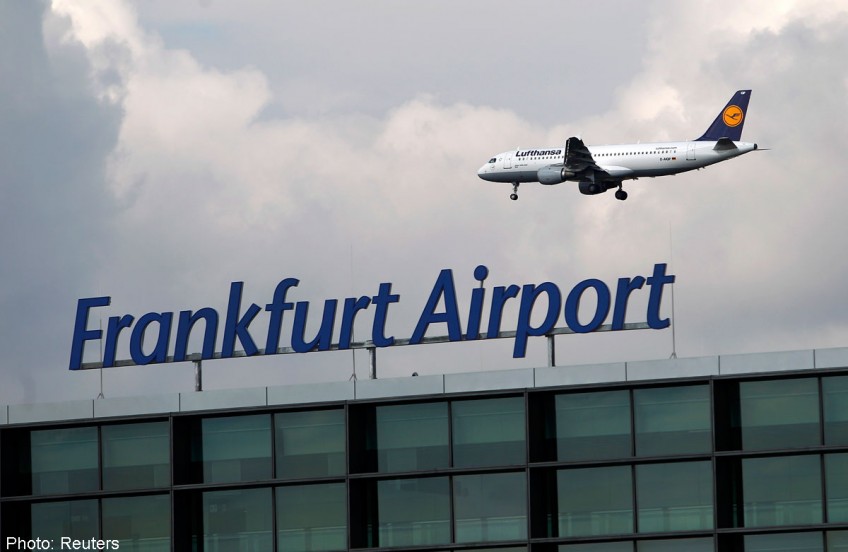 FRANKFURT - Pilots at Lufthansa staged a fourth straight day of walkouts on Saturday, grounding almost half of the German airline's lucrative long-haul flights in a protracted row over early retirement benefits and cost cuts.

Lufthansa cancelled 74 of a total 160 long-haul connections scheduled for Saturday, affecting about 20,000 passengers, and said it was scrapping almost 60 per cent of cargo flights.

The airline wants to cut spending to levels nearer those of its rivals. It is being squeezed by budget firms Ryanair and easyJet on European routes and by airlines such as Turkish and Emirates on long-haul flights.

The airline's dispute with pilots involves early retirement benefits that the VC pilots' union wants to keep but which Lufthansa wants to change for new hires.

The pilots also want Lufthansa to enter mediation on other outstanding issues, such as pay and bringing costs down on flights to tourist destinations.

Lufthansa has rejected the demand.

The airline is also due to start separate wage talks on Monday with services union Verdi, which represents about 33,000 Lufthansa workers on the ground at IT unit Lufthansa Systems, catering unit LSG, Lufthansa Technik and Lufthansa Cargo.