Maggots found after girl complains of tingling in gums 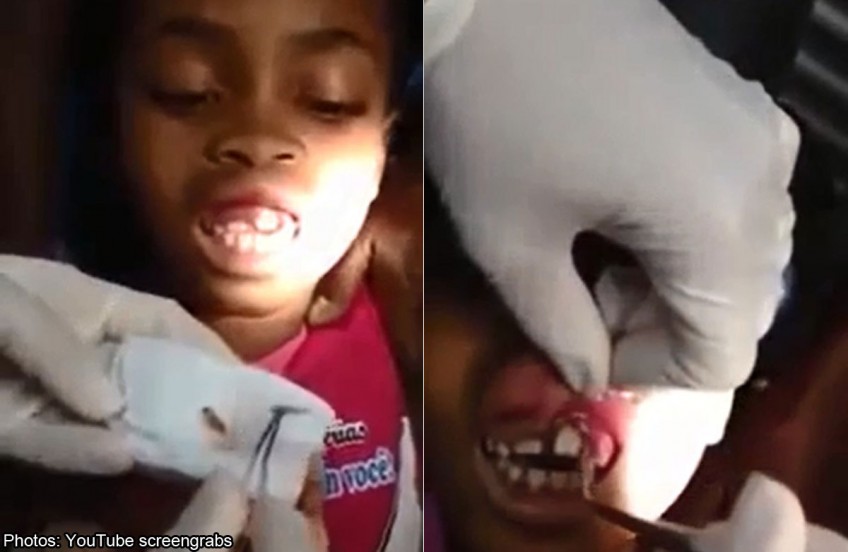 A dentist was shocked to discover more than a dozen maggots living inside a schoolgirl's mouth.

The 10-year-old girl had been taken to the clinic in Brazil after complaining of a tingling sensation in her gums.

Her mother Adriana, 35, said the girl had been saying for a few days that she felt something moving around in her mouth.

"At first I thought she was joking. I couldn't see anything and she didn't seem to be in pain," the mother said.

"But then it started getting worse and no matter how much we brushed her teeth she still said she felt something. I know my daughter and she is not one to make up stories or lie, so eventually I took her to see a dentist."

There, the young girl, Ana Cardoso, was diagnosed with a rare form of oral myiasis, reported The Daily Mail.

Oral myiasis is a fly lava maggot infection that grows in humans and animals.

Ms Cardoso was stunned, saying: "I couldn't believe it when they said she had a disease and then started pulling the maggots out. I thought I was going to be sick."

A spokesman for the dental surgery said: "There were 15 maggots in her mouth. We filmed a video of the removal for our records, as it is a rare occurrence. We also wanted to show the girl's family what had happened and warn others."

The video shows Ana's reaction as a surgeon in white gloves takes out the maggots, one at a time, with a pair of tweezers.

Ms Cardoso said: "She was actually very calm throughout the whole process but I suspect that was more out of helplessness."

According to The Daily Mail, the word "myiasis" comes from the Latin word 'myia' meaning fly and 'iasis' means disease.

The flies' larvae can feed on the host's living or dead tissue, liquid body substance, or ingested food. When the tissues in the oral cavity are invaded by parasites, this is known as oral myiasis.

Those at risk of the rare condition include those from poorer social backgrounds and people who have suffered wounds or other injury to the face.

Infestations of the nose and ears are dangerous because of the possibility of penetration into the brain.

It is also more common in regions with a warmer climate.