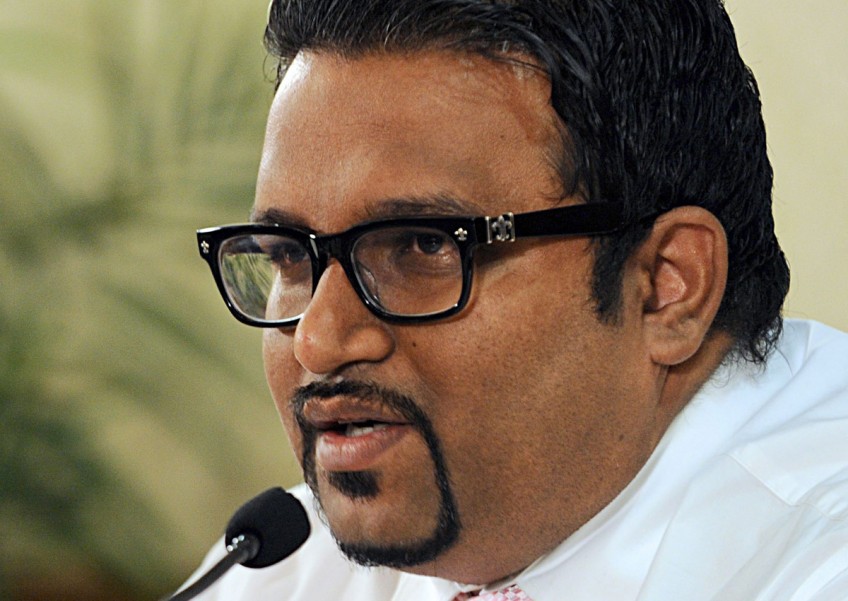 Maldivian authorities on October 24, 2015 arrested the nation's vice president Ahmed Adeeb, former Tourism Minister, in connection with a plot to assassinate President Abdulla Yameen, who escaped death after his boat was hit by a bomb last month, the home minister said.
AFP

Yameen, 59, was unhurt in the Sept. 28 blast as his presidential boat Finifenmaa approached the capital Male while he was returning from Saudi Arabia after the haj pilgrimage, but his wife and two aides were injured.

"We have arrested the vice president in relation to the Finifenmaa incident," a police media official told Reuters. "He is now in police custody in Dhoonidhoo detention centre."

Home minister Umar Naseer told Reuters: "he is arrested on the charges of assassination attempt."

Adheeb's arrest comes after defence minister Moosa Ali Jaleel was sacked by Yameen on Oct. 14, amid a shake up in VIP security after the explosion. Two other military officials were also arrested immediately after the incident.

Adheeb was arrested at the airport when he was returning from China after participating in a conference.

Local media had speculated that Adheeb had left the country to live in exile, but the vice president confirmed on Thursday in his Twitter feed that he would return.

Security was beefed up in the capital Male and journalists were not allowed into the airport, eyewitnesses said.

The government initially said the blast on the speedboat could be due to mechanical failure but later called it an attempt on Yameen's life after investigators from the US FBI, Saudi Arabia, Australia, and Sri Lanka ruled out mechanical failure as the cause.

A broader crackdown against political dissent belies the popular image of the Maldives, an island chain with a population of 400,000, as a holiday paradise, with radicalised youths enlisting in significant numbers to fight for Islamic State militants in the Middle East.