The 29-year-old, who has scored six goals in six league appearances this season, was in Amsterdam for a concert on his day off and was the passenger in a taxi that crashed into a streetlight.

Guardiola told reporters he had yet to speak to Aguero, who will be assessed by club doctors when he returns later on Friday.

"I will speak this afternoon with him but I know he's OK...he cannot play tomorrow," he said, adding that he could also be unable to play for Argentina in their coming World Cup qualifiers.

"We have the first impressions of what he has, he's broken the rib. But exactly how many days he will be off, I don't know right now."

"There's a small bend in the street right there and presumably the chauffeur lost control of the wheel," said a spokesman.

"Two people were taken to hospital for observation. We did not hear back further about their condition."

Aguero had earlier posted a picture of himself on his Instagram account seated in the back of a car thanking Colombian singer Maluma, who was also in the photo, for the invitation.

The player's first club, Independiente, said on Twitter: "Strength and fast recovery. All Independiente is with you at this difficult time."

Premier League leaders City, who face champions Chelsea at Stamford Bridge on Saturday, had already been dealt an injury blow this week when scans showed defender Benjamin Mendy has ruptured the anterior cruciate ligament in his right knee.

Guardiola said the French international would have surgery on Friday and be out until April.

City captain Vincent Kompany is also some way off returning from injury, despite being named in Belgium's squad.

"Kompany? No way. He didn't make one training session with us since one month ago," he said.

"I spoke with (Belgium manager) Roberto Martinez who told me he's travelling there to make a meeting with the Belgian doctor but he's coming back. Of course he cannot play with Belgium."

City are level on 16 points with Manchester United at the top of the table with Chelsea in third place on 13, and Aguero is one goal away from equalling Eric Brooks' all-time club record of 177 goals in all competitions.

The international break follows the weekend's Premier League matches with Aguero featuring in Argentina's squad for their last two World Cup qualifiers against Peru and Ecuador on Oct. 5 and 10.

Argentina are fifth in the South American group standings for Russia 2018 and need to move up a place to avoid facing a home and away playoff against New Zealand. Peru are one above them on goal difference. 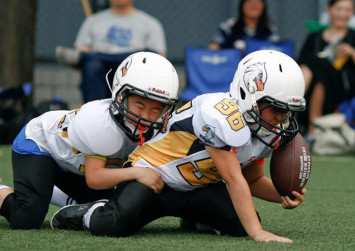