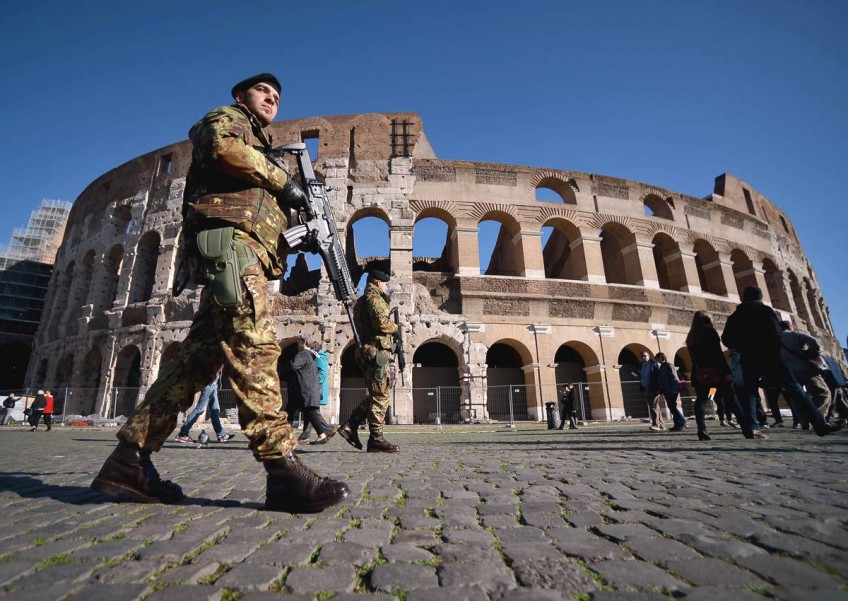 Soldiers patrol near the Colosseum on November 25, 2015 in Rome.
AFP

Rome - A man carrying what turned out to be a plastic gun sparked an evacuation at Rome's main train station late Monday after railway police received an alert that an armed man was on the city's transport network.

The railway police reported the evacuation in a message on Twitter at around 1900 GMT, while passengers also took to social media to post pictures of the evacuation at the Roma Termini station.

Shortly after, Italian media published a CCTV image showing a man in black trousers, a blue jacket and a white cap, pointing an object that resembled a gun towards the floor.

Media said a passenger had raised the alarm on a metro train three stops before Termini and that the man was arrested, with the gun in his hand, as he alighted from a regional train in Anagni, 60 kilometres (37 miles) southeast of Rome.

Roma Termini, which includes mainline and urban underground lines, is the biggest in Italy with thousands of passengers, including many tourists, passing through it every day.