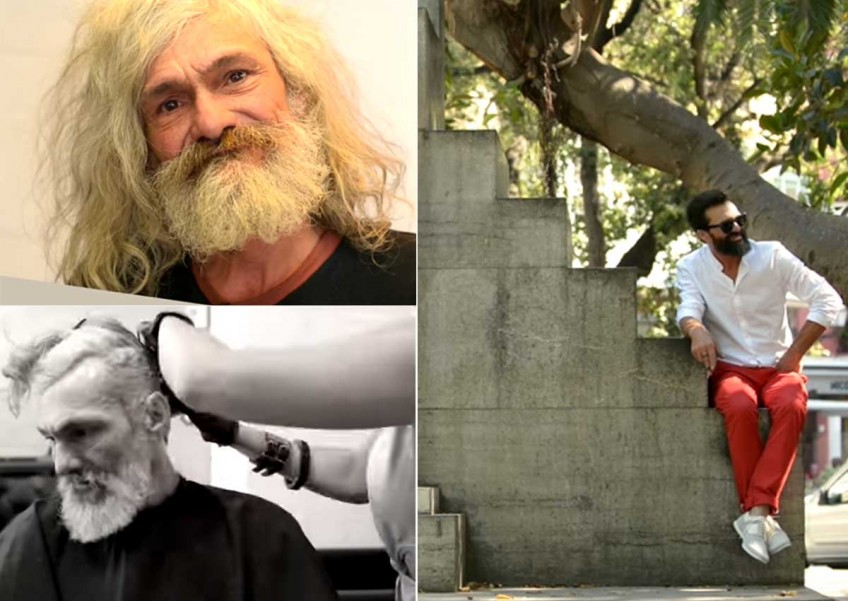 Jose Antonio, a homeless man in Spain who got a free makeover from a local salon owner
YouTube screengrabs

He lost his way in life and ended up homeless due to depression. But one kind-hearted soul decided to give Jose Antonio the transformation of his life.

The owner of an upmarket hair salon in Spain knew Antonio from his day job as an unlicensed car parking attendant and offered him a free makeover, the Daily Mail reported.

Antonio, 55, had been living on the streets for 25 years, according to several media outlets. Money he earned from his job, where he helps people park their cars, would be used on food.

A video of his transformation that was posted on the salon's official Facebook page went viral and garnered over half a million views within two days.

At the start of the footage, with a head full of unkempt hair, the man tells the cameraman: "Leave the doors over the mirror open for the moment so I can see myself for the last time like this.

"Then close them to see if when they open again, it's as if something else really opened up in my life, like a symbol."

When he finally did take a good look at himself in the mirror post-makeover, emotions got the better of him.

The former electrician broke down and asked if it's really him in the mirror.

He said: "No one's going to recognise me unless I tell them who I am."

Ms Paola Bocardo, a local, told the Daily mail that Antonio helps park her car every day and that she "didn't recognise him" after the transformation.

She added: "He's a wonderful person and the video is amazing."

In fact, Antonio was even offered a free beer from a local bar while he sat on a nearby terrace where he usually spends his days.

According to the BBC, another local had asked what would happen when the hair dye faded and Antonio's beard grew back out.

Perhaps there's not much to worry about for now because one anonymous company has come forward to financially support Antonio, the Daily Mail reported. In fact, the man is now off the streets and told a Spanish TV station that the transformation was one that changed his life.

For now, Antonio is focused on getting a proper job. And he seems determined in doing so as he has reportedly maintained a "healthier look", said the Daily Mail.