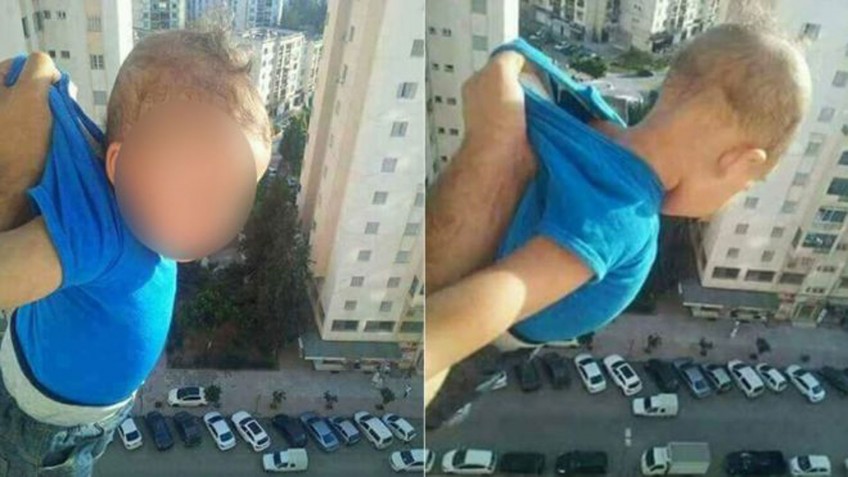 A man who dangled a baby out of a window to gain 1,000 Facebook 'likes' has been sentenced to two years' jail by an Algerian court.

The man, who is reported to be a relative of the boy, posted a photo of himself loosely handling the baby, grasping him by his shirt, as the child was exposed 150 feet above heavy traffic from their 15th floor apartment.

"1,000 likes or I will drop him," the family member captioned the image. Some earlier news reports had incorrectly identified the man as the father of the child.

After social media users became aware of the dangerous incident, they demanded his arrest for child abuse. The man was charged by police with endangering the baby's safety.

According to Daily Mail, one netizen observed, "What is most striking is that it appears that the father is carrying his son with his left hand while using his right hand to take the picture, this means the picture is more important than the child's life."

The child appeared to be in a state of fear and bewilderment, wrote local news service Al Arabiya.

According to BBC, the defendant argued he was playing a game and that the image had been manipulated by online users.

"The picture was taken in a balcony with protective barriers. These were removed," he said, refuting claims he had put the child's life in danger.

However, it was obvious that the man had carelessly violated his family's trust by endangering the baby in an effort to acquire online fame, and the judge declared him guilty.