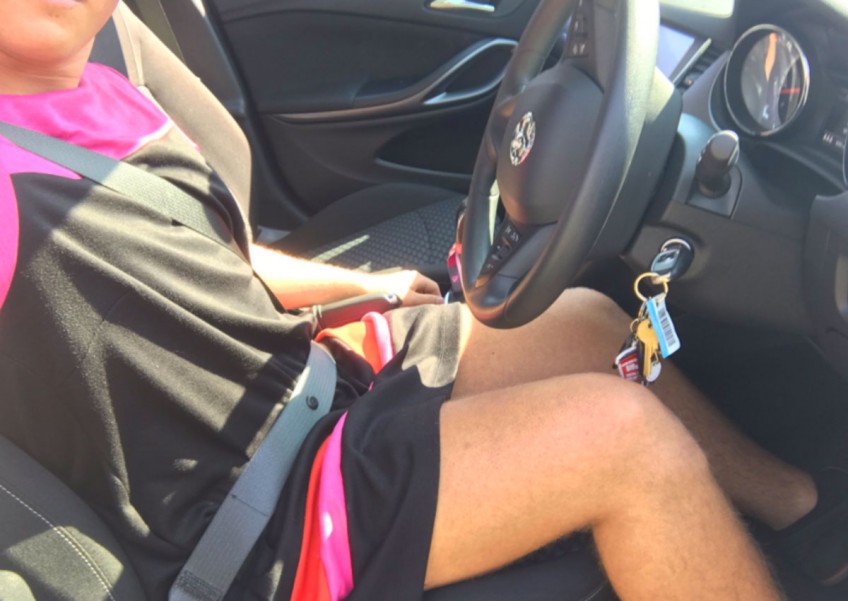 At season turnover, the heat has been showing its might, especially in the UK where it's not normally known to be so blisteringly hot.

Call centre worker Joey Barge managed to dodge the heat's touch by wearing a vibrant pink dress to work after he was sent home for showing up in shorts - his relief from the scorching heat, reported Indy100.

Concocting the perfect response to the injustice, the 20-year-old from Buckinghamshire returned the next day wearing the loose-breathing attire.

Posting his bold outfit on Twitter in protest of his firm's "sexist" dress code, he wrote: "I got sent home to change into appropriate clothing but it said females could wear dresses so hey ho!"

Enraged Twitter birds rallied behind Joey, with one user tweeting, "Men should always be allowed to wear shorts like women can wear skirts and dresses...equality," whilst another asserted, "stuff the gender norms!"

Fortunately, his company too came to realize the reality of the scathing heat and their unjust dress-code for men.

This isn't the only incident of heat-related dress-code violations.

Earlier this week, five teenage boys strutted into school in skirts protesting against the school's stern "no shorts" policy.

Attending ISCA Academy in Exeter, Devon, the boys boldly strolled in wearing the loose attire after being scolded by teachers that they would be placed in isolation if they showed up in shorts the day before, reported Mirror.

"My son wanted to wear shorts but was told he would be put in the isolation room for the rest of the week," one of the boys' mothers told Devon Live.

"The head teacher told them, 'Well you can wear a skirt if you like', but I think she was being sarcastic. However, children tend to take you literally and so five boys turned up in skirts today - and because she told them it was okay there was nothing she could do as long as they are school skirts."

With temperatures soaring above 30 degrees Celsius, it's not unreasonable that the boys would want to opt for clothing more breathable than their rigid trousers and blazers uniform.

"Now there are about 50 boys who are trying to borrow skirts off the girls and they all say they are going to wear them tomorrow," the mother said according to The Herald.

Following the protest, head teacher Miss Aimee Mitchell announced that the school is considering revising the uniform policy, given the exceptionally hot weather, but "would not want to make any changes without consulting both students and their families."

The heatwave surging through the UK has been making dents in more than just dress-codes.

According to Daily Mail, Scottish gardener Greg Binnie was left with horrendous second degree burns after slaving away at his backyard cutting grass and watering plants for seven hours over the weekend.

The 20-year-old, oblivious to the severity of the sun's blaze, didn't apply sunscreen, and only realized the sun's damage hours later on Sunday night when he found his shoulders blistering.

The Edinburgh native has been bed bound since and will only return to work the following Thursday.

Looking at these harsh burns, it's probably best to start slathering on some sunscreen and stay away from the sun's heaty gaze.