Man who missed Ethiopian flight: 'Too young to die'

Mavropoulos was en route to Nairobi for a UN Environment Programme assembly.

ATHENS - When Antonis Mavropoulos knew he missed the flight after arriving two minutes late on the boarding gate, the Greek man said he was initially enraged.

"Running to catch flight ER 302 Addis Ababa - Nairobi… I had my nerves because there was no one to help me go fast," Mavropoulos wrote on now-viral Facebook post translated from Greek.

"I lost it for two minutes, when I arrived, the boarding was closed and I watched the last passengers in tunnel go in - I screamed to put me in but they didn't allow it," he continued.

But it took also just minutes for Mavropoulos to realise how "lucky" he was. 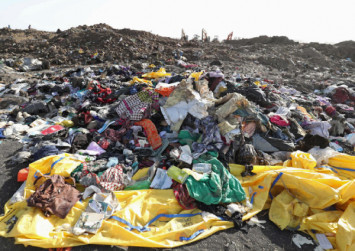 Mavropoulos is president of the non-profit organisation International Solid Waste Association and was reportedly bound to Nairobi, Kenya to attend an annual UN environmental assembly. He could have also been on the Ethiopian Airlines plane bound for Nairobi that crashed six minutes after takeoff Sunday, killing more than 150 people on board.

Grief has engulfed the world as victims, mostly humanitarian workers, ambassador, and international experts, came from more than 35 countries.

In the same emotional post entitled "My Lucky Day," Mavropoulos shared a photo of his boarding pass and said, "I lost the flight - the moment I made that thought I collapsed because then exactly I realised how lucky I stood." As of this writing, the post has amassed more than twenty thousand reactions and above six thousand shares.

The Greek man narrated that he was transferred to the next flight but was informed by airport authorities that he couldn't board again because of "security reasons." He said he was taken to the airport police department to verify his identity and was questioned for being the lone passenger who did not board the doomed flight."

He told me gently not to protest and say thank you to God because I am the only passenger who did not enter the flight ET 302 which is missing," Mavropoulos said.

He said a friend from Nairobi confirmed that the flight crashed and that the news had been out in the media. He immediately contacted his people and informed them that "for two small random circumstances," he lost the flight. Mavropoulos added he was sharing his story to tell the world that " invisible and nēmatídia of fortune, the out-of-plan circumstances knit the web in which our life is taken."

"It's millions of small threads we almost never feel - but one to break is enough to feed the whole web instantly," he further said.

He also thanked his friends for their "love" and warm support and apologised to his family for the shock, saying that he is "grateful to live.""Maybe not too old to rock n roll - but certainly too young to die," he concluded.