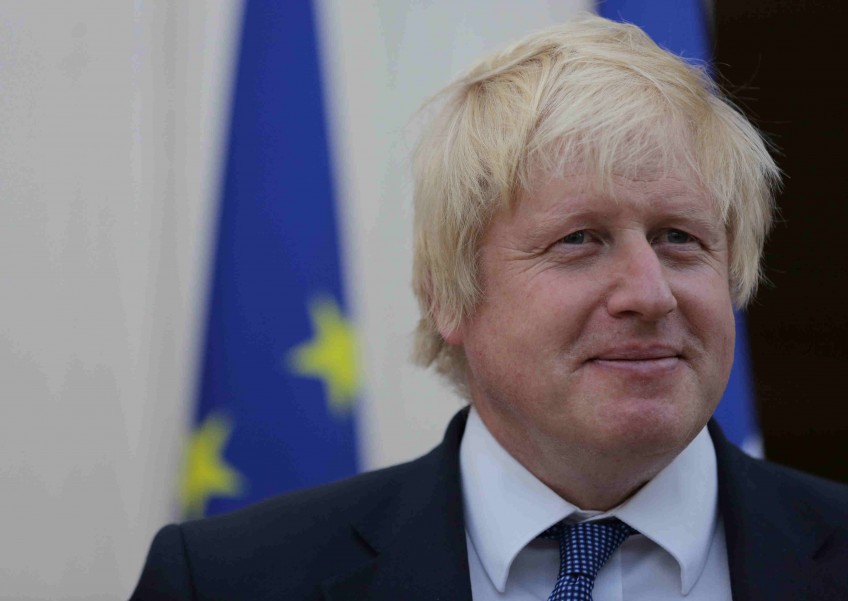 British Foreign Secretary Boris Johnson speaks during a reception at the French Ambassador's residence in west London on July 14, 2016.
AFP

British Prime Minister Theresa May has stunned political observers by nominating Mr Boris Johnson, one of the country's most controversial and least diplomatic politicians, as Foreign Secretary in her new Cabinet, a post that puts him in charge of Britain's global diplomatic network.

But the appointment, greeted with a mixture of amusement and disbelief in other European capitals, may turn out to be a shrewd political move.

For Prime Minister May's chief objective in putting together her first Cabinet since assuming office on Wednesday is not to please foreign governments but, rather, to embrace all warring factions within her ruling Conservative Party and redirect the government's attention to an ambitious agenda of social and economic change.

As a former mayor of London and master of political stunts, Mr Johnson has always been popular with voters but far less popular with fellow politicians who dismiss him as a lightweight and unreliable colleague.

Of half-Turkish and quarter-French parentage, the multilingual Mr Johnson, who was born in the United States, is the most international of all British politicians.

Yet he has chosen to portray himself as a British nationalist, and played a leading role in persuading voters to reject Britain's continued membership in the European Union in a referendum held last month.

Technically, Mrs May could have simply ignored Mr Johnson, who has no government experience.

But she decided to make him Foreign Secretary largely to ensure that he will not be able to foment another rebellion in the Conservative Party.

Mr Johnson is neither a good manager nor an original thinker, a difficult proposition for a diplomatic service that values both qualities. He also finds himself in charge of MI6, the external intelligence service, an unlikely position for a man who is famously indiscreet.

He will struggle to be taken seriously abroad, given his record of gaffes. He once compared US presidential candidate Hillary Clinton to a "sadistic nurse in a mental hospital" and accused US President Barack Obama of an "ancestral dislike of the British empire", supposedly due to his "part-Kenyan" origins.

He also published an obscene poem about Turkish President Recep Tayyip Erdogan. Still, Mrs May is probably right in assuming that, although a slightly comical figure abroad, Mr Johnson will not be able to cause mischief at home.

Meanwhile, she made sure that negotiations with Europe will be handled not by the Foreign Secretary but by Mr David Davis, a seasoned politician and former diplomat who now acquires the unusual title of Secretary of State for Exiting the European Union.

The fact that Mr Davis is a sceptic on Europe helps; whatever EU deal he gets is more likely to be accepted by MPs in London.

And for similar reasons, Mrs May brought back into the Cabinet former defence secretary Liam Fox, another Europe critic. He will now be responsible for international trade, and will therefore be asked to prove with deeds his previous claims that Britain's economy can thrive outside the EU.

But Mrs May's chief target is the overhaul of Britain's domestic policy by becoming the champion of working-class Brits.

"That means fighting against the burning injustice that, if you're born poor, you will die on average nine years earlier than others," she said before pledging that "the government I lead will be driven not by the interests of the privileged few" but by the needs of ordinary citizens.

The new government's economic priorities will not be fully known until October when a new Budget is introduced.

Still, the fact that Mr George Osborne, who had been in charge of Britain's finances since 2010 and championed a policy of austerity, is now out of the government altogether and that his replacement is Mr Philip Hammond, the former foreign secretary who is known as a loyal and safe pair of hands, serve as early indications that Mrs May wants to put her stamp on a new economic policy.

It is also noticeable that she did not even once refer in her initial policy speeches to balancing Britain's finances; the goal of reaching a Budget surplus by 2020 - one of the key objectives of outgoing prime minister David Cameron - has been quietly ditched by his successor, who will probably allocate more cash to social spending.

Mrs May's general approach seems to put the entire question of Britain's departure from the EU in the hands of eurosceptics, while keeping domestic and economic policies in the hands of her trusted supporters.

It is a shrewd tactic, but one that will be sorely tested by the pressures that lie ahead for Britain's new prime minister.