The melodious mouse that sings for sex 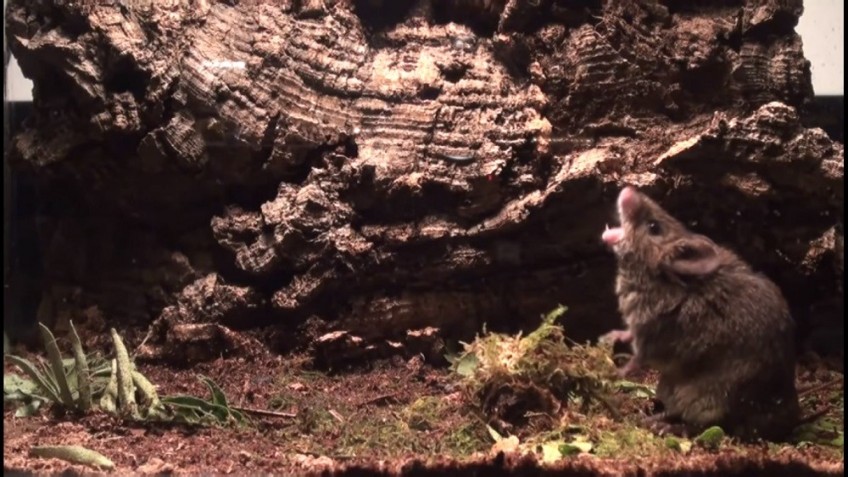 A small, brown mouse found in the forests of Central America bucks the rodent trend of conversing in high-pitched squeaks often inaudible to the human ear.

Males of the species Scotinomys teguina sing. Loudly. And they do so to lure females.

Now the melodious mouse has attracted the attention of scientists seeking to answer an age-old riddle: Why do some males of a species invest more in courting than others?

It turns out that animals prioritize sex or survival depending on their energy reserves, according to a study published Wednesday.

"Male singing mice that sing 'high effort' songs may do so only if they feel they have enough energy to produce the song while retaining some for 'fight or flight'," said Tracy Burkhard of the University of Texas as Austin, who co-authored a study in the journal Proceedings of the Royal Society B.

Burkhard and a team collected male members of the species, also known as Alston's singing mice, and monitored their chants. They then compared levels of certain hormones or nutrients in the rodents' bloodstream.

Males that sang longer, and more frequently, had higher concentrations of the hormone leptin, which is released in proportion to the amount of body fat an animal has, they found.

Body fat is a long-term store of energy.

"Our results suggest that males may be 'paying attention' to cues from their body that signal how much energy they have to sing and then modifying their song effort accordingly," Burkhard told AFP.

An Alston's singing mouse issues loud, long "trills" that sound like something between a cricket and a baby bird.

A song can last as long as 20 seconds, while the calls of most mice are shorter than three seconds, said Burkhard.

Females of the species also sing, but males do so longer and more often.

An Alston's singing mouse can be seen performing in the video.