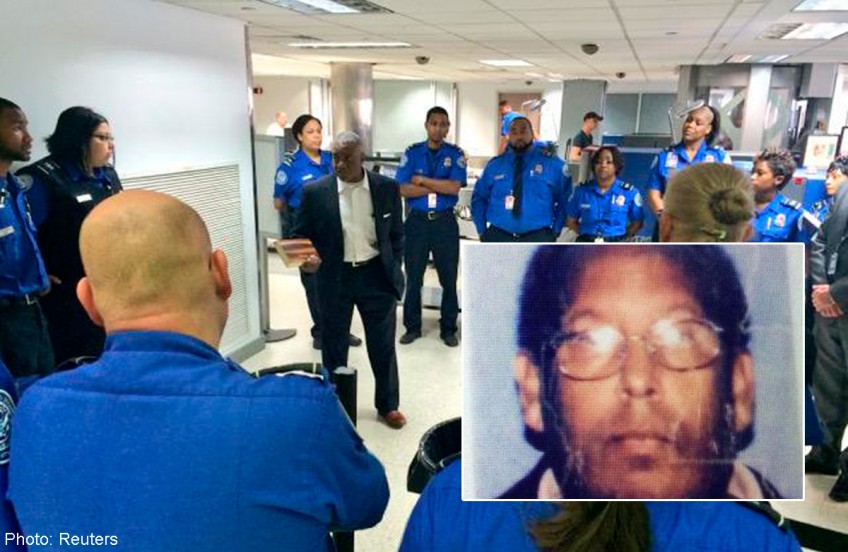 Attacker Richard White, 63, died at a hospital after being shot three times by police when he stormed a security checkpoint and attempted to assault Transportation Security Administration agents.

Initial reports said White had wounded one of the TSA agents at Louis Armstrong New Orleans International Airport, but police later said the injured employee was in fact hit by a stray bullet as police opened fire on the assailant.

Jefferson Parish Sheriff Newell Normand said a police officer who opened fire had struck the TSA agent accidentally as White appeared to be primed to attack her. "She was being chased by the perpetrator with the machete.

The officer began to fire because he was gaining on her very quickly," Normand told reporters. The shot grazed the TSA agent's triceps and passed through her to hit the attacker, Normand said.

Acting TSA Administrator Mel Carraway praised his agency's officers, saying "a lot of lives were saved" by their actions. House Homeland Security Committee Chairman Michael McCaul called for more vigilance at airports in the wake of the assault.

"The shocking attack on TSA officers at the Louis Armstrong New Orleans International Airport demonstrates, once again, just how vulnerable the public side of an airport can be to those with malicious intent and we must remain vigilant," the Texas Republican said in a statement.

Homeland Security chief Jeh Johnson said the "senseless act of violence" served as a "reminder of the variety of threats we face." "The security of our aviation system and more than 440 airports across the country is a team effort, and we saw the value of that last night," he added.

White, described by law enforcement as a member of the Christian-based Jehovah's Witnesses religious movement, was carrying a bag during the attack. Inside, police found six Molotov cocktails - here in the guise of half-pint jars filled with gasoline and set with cloth wicks.

A search of White's car parked near the airport uncovered smoke bombs and several canisters, including an oxygen tank. "We don't know at this time what the intended purpose of those being in the trunk of the car actually are," Normand said.

He said the motive for the attack was a mystery, though discussions with White's family had revealed "a mental illness component." Investigators had hoped to interview White, but were never able to do so before his eventual death.

"His family has been very cooperative. We have been able to determine that there is a mental illness component here that's presented," Normand said. Witnesses said White had acted in a "calm, cool, collected" manner prior to the attack, the sheriff added.

"No one at this point in time has any notion as to what may have triggered this behaviour," he added. White had worked as a taxi driver, had recently received his chauffeur's license and had "little or no criminal history," Normand revealed earlier.

A neighbour, Donna Jackson, told The Times-Picayune newspaper that White was a former Army serviceman, who had retired years ago and was living off Social Security and disability checks.

"He was so meek, so mild," she added, saying he was a deeply religious Jehovah's Witness who shunned Western medicine and encouraged his neighbour to use herbal remedies, even to treat her diabetes.