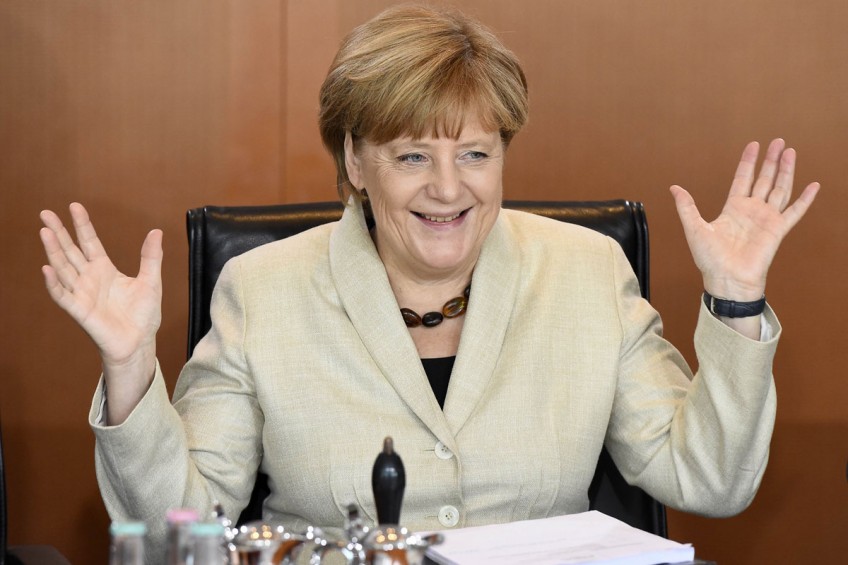 BERLIN - Chancellor Angela Merkel pressed Ukraine on Saturday to tackle corruption and roll back the influence of oligarchs, saying German businesses are ready to invest there if the right conditions are in place.

Merkel made her remarks ahead of a visit to Berlin by Ukrainian Prime Minister Arseny Yatseniuk next Friday, when the two leaders are due to open a German-Ukrainian economic conference at which investment opportunities will be explored.

Praising Ukraine for being on a "courageous path", Merkel said the country still had a lot to do to attract business and needed to put the right legal framework in place.

"The dominant role of the oligarchs needs to be reversed, people need to be given transparency, corruption must be fought," she said in a podcast.

Merkel added that she did not see Russia's supply of natural gas to Ukraine as being threatened.

On Thursday, Merkel said she saw a "glimmer of hope" for a political solution to the Ukraine crisis, but insisted sanctions against Russia could be rolled back only once the Minsk peace plan was fully implemented.

The European Union and United States have imposed sanctions against Russia because of its annexation of Crimea and its support for separatist rebels in Ukraine's eastern regions.