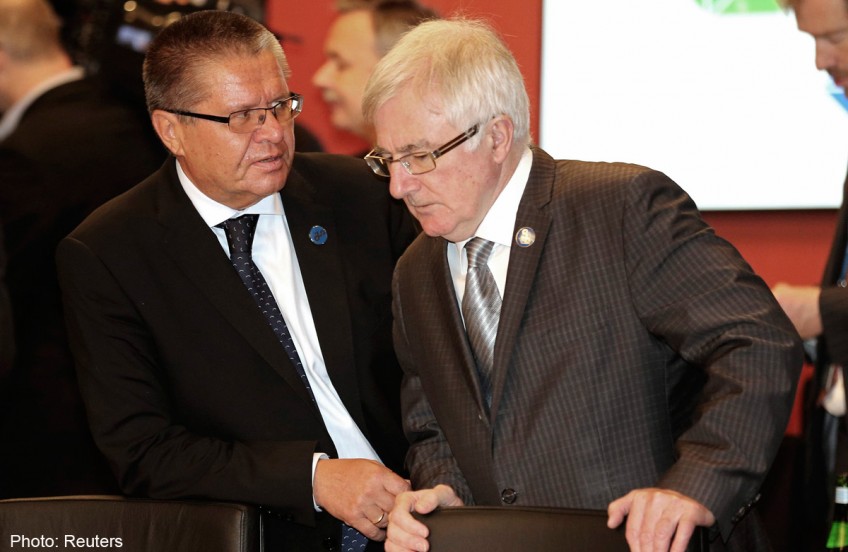 SYDNEY - Trade ministers from the world's leading economies met in Sydney Saturday for the latest round of G20 talks, with the crash of Malaysia Airlines flight MH17 threatening to overshadow the summit.

G20 chair Australia has sought to keep the meeting focused on economic growth, but Thursday's disaster in rebel-held territory in eastern Ukraine refocused the spotlight on Russia and its possible links to the separatists.

Australia's Trade Minister Andrew Robb said he met his Russian counterpart Denis Manturov late Friday to press him on whether his country "would or could stop the separatists with their current activities".

"Australia is looking for an unequivocal Russian assurance that they will fully co-operate with an independent and thorough UN investigation and urgently," Robb told broadcaster Sky News Saturday.

"The Russian trade minister did convey their deep condolences and indicate the government would co-operate with ... (a) UN investigation.

"They did not give me an assurance that Russia would or could stop the separatists with their current activities." Robb said Canberra may consider trade sanctions against Russia as a result of the crash, which killed 298 people, including 28 Australians, subject to how it "responds, co-operates and is proactive in seeking answers".

Australia, along with several other countries, already has sanctions and travel bans on some Russians and Ukrainians.

Senior ministers have refused on comment on whether Russian leader Vladimir Putin would be invited to the G20 leaders' summit in Brisbane in November.

The talk of trade sanctions came as Australian Treasurer Joe Hockey said his nation, which holds the G20 presidency this year, would continue to keep growth at the centre of the agenda.

"The meetings are helping to shape the destiny of the world's economies - there's no doubt about that," he told an investment forum Saturday.

"We have shifted from a regulatory framework focusing on trying to fix the problems of the past, getting bogged down in more financial services regulation, getting bogged down in procedure ... to focus on growth and jobs." G20 finance ministers agreed to a 2.0 per cent additional growth target over five years at their February meeting in Sydney.

Australian Prime Minister Tony Abbott said at a B20 business leaders' summit this week that he was asking G20 nations to push harder on their growth plans so they could meet the February pledge.

Business leaders at the meeting made a series of recommendations on structural reforms and free trade that could boost global growth by US$3.4 trillion and create millions of jobs.

They included a call for the free flow of goods, services, labour and capital, an effective and transparent regulatory framework, as well as structural reforms that would boost trade and lift infrastructure investment.